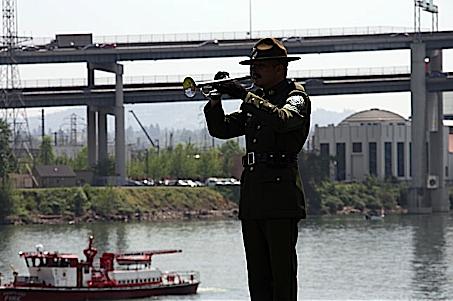 May 16, 2012 -- Yesterday afternoon, Portland Police Chief Michael Reese joined members of the Portland Police Bureau, other local police, fire, and public safety agencies, and the community in a ceremony honoring Portland Police Officers who have died in the line of duty.

Below is a complete list of the fallen Portland officers honored during the memorial: