At 4:45 am Portland Fire & Rescue responded to a house fire located at 3725 N. Vancouver Ave. When firefighters from Portland Fire Station 24 (Overlook/Swan Island) arrived, they found the homeowners standing out in the street waving and pointing in the direction of the fire. Firefighters were directed to the back alley where they could see heavy fire coming from the second story of the home.

Homeowners Dwayne and Regina Dennis told firefighters that they were awoken by all three fire alarms they had in the house. Regina Dennis recalls seeing a bright light coming from the upstairs bathroom and dialed 911. While Regina was calling 911, Dwayne Dennis started fighting the fire with one of three portable fire extinguishers they had in the house. They used one extinguisher after another while backing down the stairs together through the heat to safety. 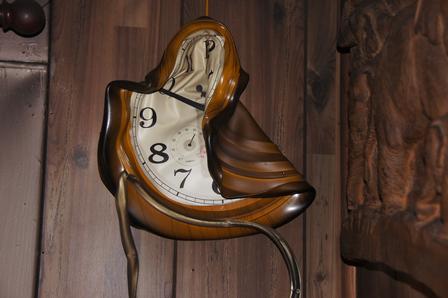 Regina was shocked to see firefighters from Engine 24 pulling up when she arrived on the sidewalk - just three minutes after they received the call. Firefighters pulled attack hose lines from Engines 13 and 24 and aggressively made their way up to the second floor to the bathroom area where they extinguished the main body of fire. Fire damage extended to other rooms in the house, and the home suffered extensive smoke damage. 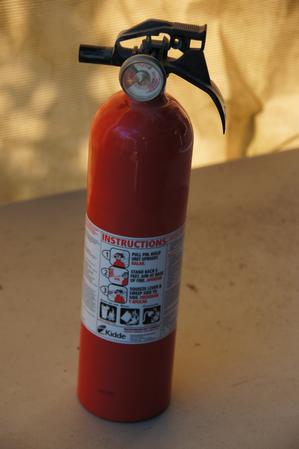 After the fire, Regina Dennis was looking through the fire debris pile and found the half melted face of a statue that she said had always brought her good luck. The statue was kept in the upstairs bathroom where the fire started. Regina held the partially-burned statue close to her and says her good luck charm has never let her down. 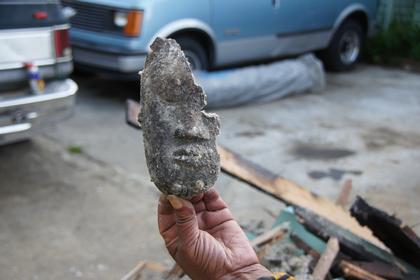 "This is a case where the homeowners did everything right and got out of the house quickly and safely," said Portland Fire Public Information Officer Paul Corah. "They had working smoke alarms, portable fire extinguishers, called 911, and met firefighters out front just as they should have."

Portland Fire investigators have determined that the cause of the fire was due to an electrical extension cord that was plugged into a space heater. Damage to the home is estimated at $100,000.