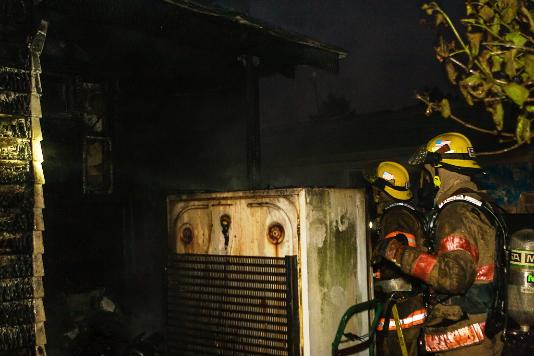 Early this morning at 4:28 am, firefighters from Portland Fire Station 11(Lents) were called to a house fire located at 8105 SE Francis.  Neighbors reported that heavy smoke and flames were coming from the back of the house, and neighbors also indicated that no one has lived at the home for months. 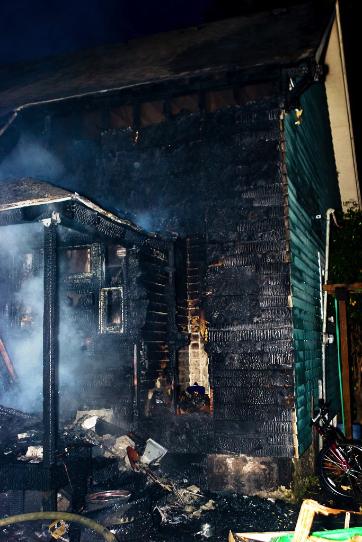 Upon arrival, Engine 11 noticed cars parked in the driveway so they immediately went into a fire attack / rescue mode.  The fire that was coming out of the structure along the west side of the home was so intense that the vinyl siding on the neighbor’s house was beginning to melt.  While Engine 11 was going inside to attack the fire, Engine 25 (Woodstock) pulled a hoseline between the two homes to protect the neighbor's house and prevent further damage.

The fire swept quickly through the two-story home and caused extensive damage to the structure.  Hydrant supply lines had to be pulled across 82nd Avenue and Francis Street, which closed the major thoroughfare for a period of three hours.

The homeowner was contacted a short time after firefighters arrived and informed about the fire.  Fire investigators arrived on scene to determine the cause of the fire, which is undetermined at this point.  There is no estimated damage to report at this time.

Portland Fire & Rescue would like to remind neighbors to keep a watchful eye on neighboring properties that might be vacant or unattended.  That information, when given to firefighters upon arrival at an emergency scene, can be vital.