Portland Fire & Rescue investigators have determined that the residential structure fire at10621 NE Morris Street was caused by the overheating of the pellet stove pipe. Damage is estimated at $65,000. 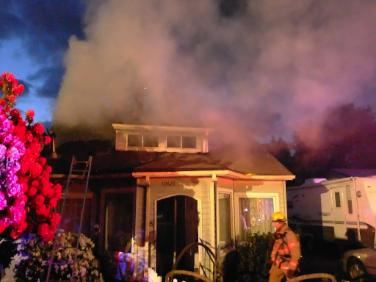 Fire crews from across Portland's East side responded at 9:16 this evening to a residential structure fire. Reports received by fire dispatch were of fire originating in the attic; Engine Company 12 (Sandy Blvd.) arrived on scene in under four minutes and confirmed a working fire in the two-story home. Engine Co.12 assumed command of the incident. Crews entered the structure, initiating interior fire attack, and primary search and rescue operations. Residents of the home informed firefighters that all occupants exited prior to the arrival of fire companies; a thorough preliminary and secondary searches of the structure confirmed no occupants within. Once the searches were complete, the full attention of firefighters turned to attacking the fire. 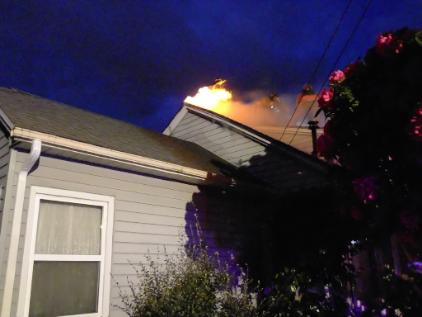 Concealed within a difficult to reach attic, this fire required the removal of the entire second story ceiling so that water from interior hose lines could reach the seat of the fire. This fire was brought under control by the joint efforts of interior and exterior crews. Exterior firefighters, from Truck Co. 2 (Parkrose), were sent to the roof of the building for the purpose of vertical ventilation; large holes cut into the roof during an attic fire allow accumulated heat and gasses to escape--this dramatically improves visibility and working conditions for interior firefighters. 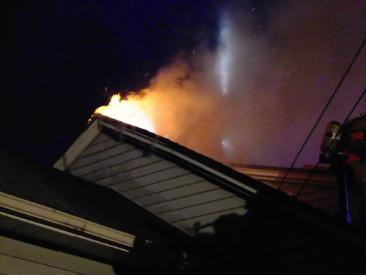 An additional Engine company was requested by command to stand-by on scene as a Rapid Intervention Team in the event of a firefighter requiring rescue; this company was returned into service once the fire was brought under control.

At present, no injuries are reported to residents or firefighters as a result of this fire. A Fire Investigator is on scene working. At the time of this release, fire cause is still under investigation, and no damage estimate is available.