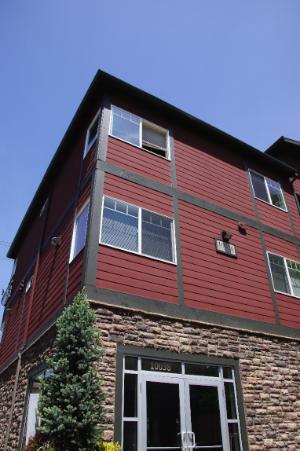 A young boy, between the age of four and five, was transported to OHSU after falling out of a third-story window just after 1:00 pm today.

Firefighters from Portland Fire & Rescue’s Station 7 (Mill Park) were dispatched at 12:28 pm to a home located at 10036 SE Division.  They arrived four minutes later to find the boy conscious, crying, and laying next to a window screen on the sidewalk. The young boy was entered into the trauma system and transported to OHSU by ambulance personnel.

Each year, fire agencies across Oregon respond to incidents involving children falling out of windows.  Most often this occurs during the months when windows are open due to warmer weather. In the United States, about 3,300 children under the age of six fall from windows every year with 70 percent falling from second or third story windows.  In Oregon alone, about 50 children ages zero to five fall from windows annually.

Portland Fire & Rescue Battalion Chief Rich Stenhouse reminds citizens that when opening windows, stop and lock at four inches. “Only allow windows to open four inches and make sure to install a window stop to keep children from opening them further,” encourages Chief Stenhouse. “Remember, windows also serve as a secondary means of escape during an emergency. Make sure windows are still accessible and can open fully without special knowledge or tools.”

For additional tips on how to keep your family safety around windows in your home, visit http://www.portlandonline.com/fire/windowsafety.