For over 20 years, Portland Fire & Rescue (PF&R) has enjoyed further developing its partnership with the American Red Cross.  The partnership began by having an annual blood drive that Bob - a now retired PF&R member - started.  Since Bob’s retirement, Lieutenant Rob has taken over as the head organizer of the blood drive and he has been running things for the past eight years. 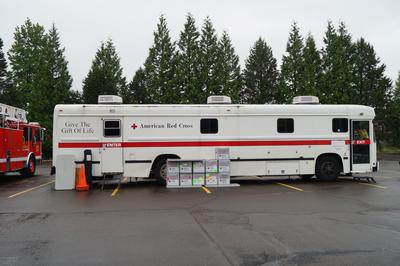 Lieutenant Rob got involved because he saw first hand how donated blood can save a life. When Rob’s son was only 3 days old he needed open heart surgery and received 17 units of blood throughout the procedure.  Having a personal story to relate to can inspire a person to give blood, but just knowing that each person who donates can help as many as five people in need encouraged 24 members of PF&R to sign up for Tuesday’s blood drive. 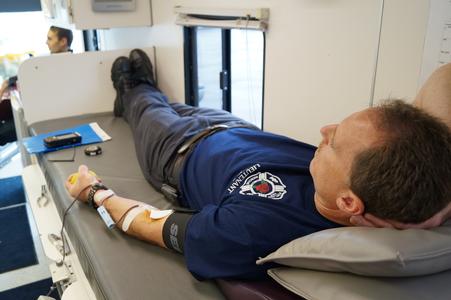 A representative of the Red Cross stated that this blood drive could not come at a better time.  Currently our area is at a red alert meaning there is a high demand for four different kinds of blood.  These blood types include:  O-, O+, B-, and A-.  The Red Cross also wants community members to know that the upcoming summer months are usually the ones with the most need, but are the hardest to get blood donors, due to the fact schools are out of session and people are involved in other activities.

With the red alert in effect, PF&R hopes that others will be inspired to do their part in donating.  For more information on donating, visit:  www.redcrossblood.org/pnw.