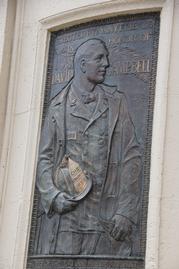 On June 26, 2012 marked the anniversary of the 101 year memorial of Fire Chief David Campbell who died in the line of duty on 1911. This memorial was not just for Chief Campbell it was also for all fighters who have lost their lives during the line of duty through the history of the Fire Bureau. The ceremony took place at West 19th & Burnside. The ceremony started with a processional, bagpipes where then played, Honor Guard, and than followed by a line of speeches. Many members of the community Portland Fire department, and city officials were in attendance. This memorial symbolized the sacrifice that firefighters take every time they go out on a call, to go above and beyond the line of duty. 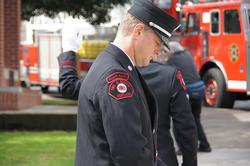