It has been a busy afternoon for Portland Fire & Rescue crews, who have responded to three fires in less than an hour. At 2:03 pm, Portland firefighters were dispatched to reports of a garage on fire at 3039 SE 89th Avenue. Fire crews from Portland Fire Station 11 (Lents) arrived in just four minutes on their second residential fire in less than an hour. Upon arrival crews encountered smoke and flames coming from the garage of the two-story home and heavy black smoke inside the home. 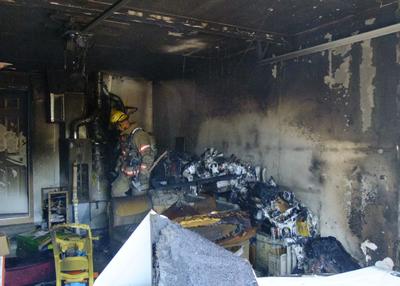 A search of the home was performed and it was determined that all occupants had safely escaped. The fire, which was contained to the garage, was knocked down in just eight minutes. The home suffered heavy smoke damage, but the flames did not extend into the house. The incident was under control at 2:18 pm. A fire investigator has been called to the scene to determine the cause of the fire. There is no damage estimate at this time. 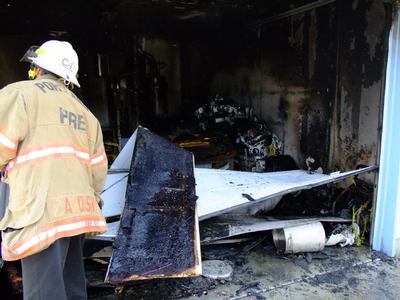 At 1:54 pm, Portland firefighters responded to an apartment fire at 1511 SE Stark Street. This fire was determined to be contained to a stove in the apartment's kitchen. Combustible material had fallen onto the stove's heating element and began burning, causing smoke damage to the apartment.

As earlier reported, at 1:11 pm, Portland Fire crews responded to a residential fire at 3408 SE 87th Avenue where a bathroom ventilation fan caught fire and extended into the home's attic causing $15,000 damage and displacing two occupants.

"This trio of fires illustrates why working smoke alarms are a very important part of any home," said Portland Fire & Rescue Public Information Officer Lt. Michael Silva. "They notify occupants early of a fire, giving them time to evacuate safely."