Portland Fire & Rescue was dispatched at 7:15 this morning to a report of a vehicle fire at a home at 11832 SE Holgate Blvd. Engine 7(Mill Park) arrived first at 7:17 am and found a car fire that had begun to burn three other cars and a house. The house is on a flag lot and the home's power line had burned through and fallen onto the driveway which left only three feet of safe clearance to get to the fire and house. Firefighters pulled hose lines carefully down that driveway to ensure they did not get electrocuted and aggressively attacked the vehicle fire and the fire that had begun to burn the exterior of the house. Firefighters were able to stop the fire from getting into the house. The fire was under control at 7:42 am. 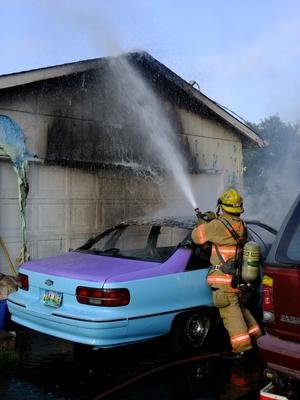 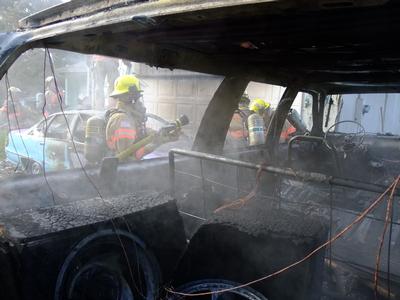 SE Holgate Blvd had to be shut down for approximately 30 minutes due to hose lines being connected to a hydrant across the street. Red Cross was called to assist eight adults and three children who were displaced by the fire. 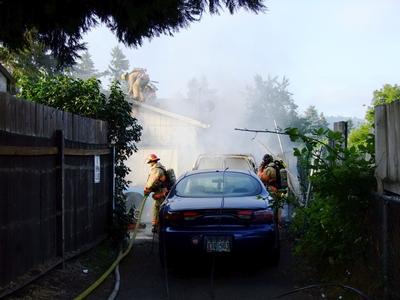 Four vehicles, a residence and a fence were damaged by the fire for a total loss of $55,000. The house and vehicles were valued at $200,000. The fire cause is still under investigation. No injuries occurred to either firefighters or citizens.