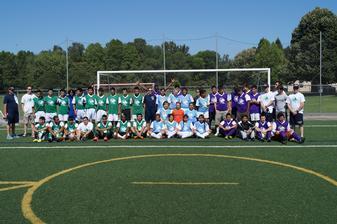 Last week the 3rd Annual Community Integration Cup soccer tournament took place at Delta Park.  The tournament was hosted by Portland Parks and Recreation in partnership with Portland Fire & Rescue, Portland Police Bureau, and many other organizations. This tournament brought youth and communities together to share a common universal language that is well loved by all nations in the world - soccer.   The tournament included teams from the Middle East, Europe, Africa, South America, and North America. 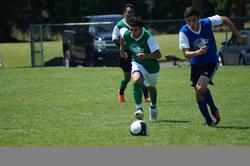 Both Station 24 and Station 7's teams played extremely well in the first round and advanced to the playoffs reaching the semifinals. The girls placed second overall in their tournament. All the teams showed great character and dedication to work as a team and grow as individuals while enjoying the great game of soccer.  Portland Fire & Rescue looks forward to reuniting with their teams again next year for the tournament's 4th year. 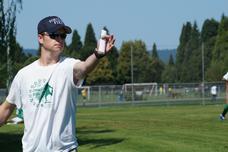