911 dispatchers received calls this afternoon (1:39 pm) stating that there was smoke coming from an apartment located at 15533 NE Glisan. A neighbor reported hearing a smoke alarm before she called. Station 30 (Gateway) was the first on scene and after doing a search for victims immediately went into fire suppression mode. Station 7 (Mill Park), which houses an engine and a truck, evacuated neighbors, supplied water, and sent a team to the roof to help relieve the structure of smoke so the interior crews could contain and put out the fire. 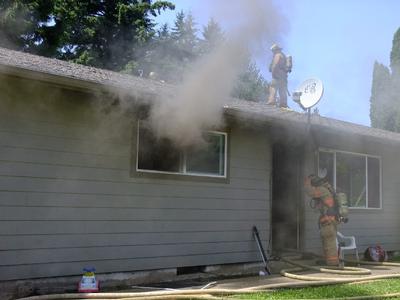 Station 2 (Park rose) arrived shortly thereafter to help salvage as much as they could from the unit. Gresham station 74 also assisted. Red Cross was called to assist the residents. A fire investigator was called to help with a damage assessment. 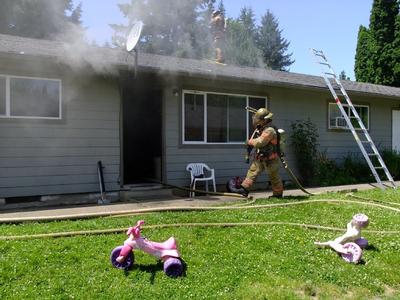 No one was home at the time of the fire, but the fire did originate on the stove. Unattended cooking fires are the leading cause of home structure fires and civilian home fire injuries. This is true for both fires reported to fire departments and those handled without fire department assistance. Overall, these incidents accounted for 2 of every 5 reported home fires (42%) and reported home fire injuries (37%).

Portland Fire & Rescue would like to remind all to be extra careful in the kitchen... and to never leave food unattended.