Portland Fire & Rescue was dispatched to a house fire at 2:29 pm located at 2955 NE Everett. The crew from Station 9 arrived first to smoke and flames showing... and quickly formulated a plan of attack. All residents were already outside of the home so firefighters could concentrate on mitigating the fire. Interior crews reported that the large amount of smoke in the house made it difficult to reach the "seat" of the fire. Truck 1 (downtown) arrived in time to cut a hole in the roof of the structure to allow the smoke to escape to the outside. Shortly thereafter the fire was contained and extinguished. 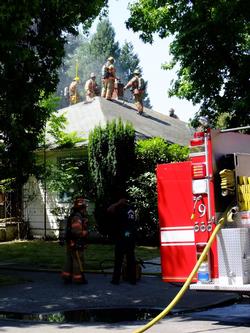 Additional crews responded (Station 1, 13, and 28) to protect exposures, contain the fire, and salvage as much of the home owner's possessions as possible. Total Response : 4 engines, 1 truck, 1 squad, and 2 chiefs. 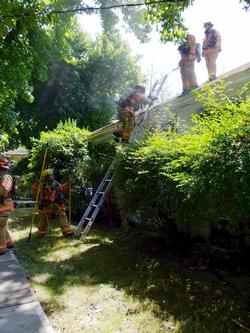 The fire started in the kitchen and quickly spread to the dining and living areas. Fire investigators estimated the damage at $30,000. The Red Cross was called to assist the homeowner. "If there is one message that we would like to get out to the public," said Fire Lieutenant Stephenie Bowen, " it's to have working smoke alarms... they really do save lives."

Fire service persons are the god of the world
http://phentermine375truth.com/why-should-you-buy-phentermine