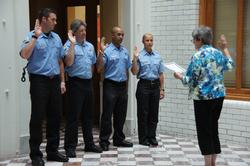 The newly appointed Fire Lieutenants have a combined 43 years serving the City of Portland, and have worked at 23 different fire stations all over the city.  The new stations where the Lieutenants will be completing their probationary periods are Station 4 (Portland State University), Station 25 (Woodstock), and Station 13 (Lloyd Center). 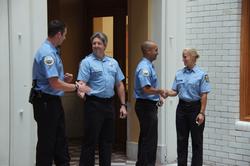 As a Fire Lieutenant these members will be responsible for supervising firefighters when working at a fire scene or other emergency. They will also organize and supervise the day-to-day tasks at Portland fire stations, and provide training on safety procedures and fire equipment to firefighters. 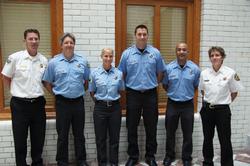