At 2:25 pm, Portland Fire & Rescue was dispatched to reports of a commercial building on fire at 7428 N St. Louis Avenue, the site of R and J Recycling. 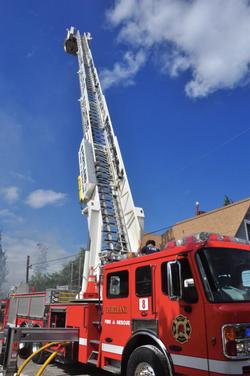 Initial reports indicated that there were possibly tanks of hazardous materials inside, as well as vehicles with the possibility of explosions. Firefighters from Portland Fire Station 22 (St. Johns) arrived on scene in just three minutes with an engine and a ladder truck to find the building fully involved in fire. 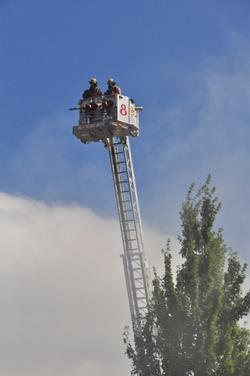 Firefighters immediately pulled 2 and 1/2 inch hose lines (which are used on large fires and produce 300 gallons of water per minute) and assumed a defensive firefighting position. Crews from Portland Fire Station 8 (Kenton) alerted command that the fire had the potential to spread to a neighboring house and began focusing firefighting efforts on saving the home. Of particular concern was the fact that while firefighters were fighting this fire, vehicles continued driving over their hose lines on both North Lombard and North St. Louis. This is extremely dangerous as it can damage hose lines or cause a surge in water pressure, possibly injuring firefighters in their fire attack efforts. 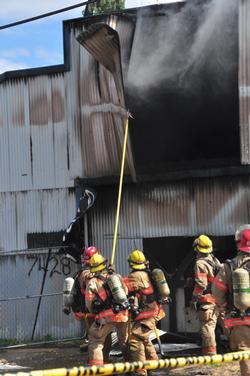 The Incident Commander called for a second alarm at 2:41 pm bringing additional resources and apparatus to the scene to fight the blaze. At 2:58 pm it was determined that the roof had burned through and firefighters were ordered to remain in a defensive attack mode. The fire was brought under control at 3:12 pm. At this time, firefighters remain on scene to extinguish hot spots. One of the walls of the structure is compromised and firefighters are unable to enter that corner of the building. 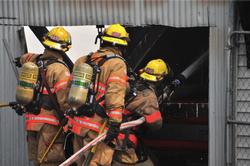 The Red Cross has been called to the scene to assist two individuals with finding alternate housing. Firefighters are also ventilating a nearby health clinic at 9000 North Lombard, which filled with smoke as a result of this fire. A fire investigator is on scene working to determine the cause of this fire. No damage estimate is available at this time. 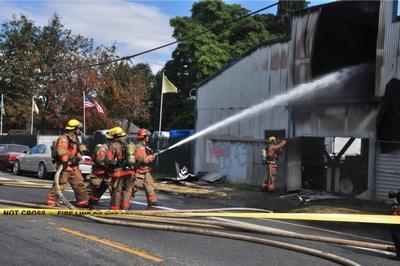 Portland Fire & Rescue is on scene of a commercial fire at 7428 N St. Louis Avenue, the site of R and J Recycling. Fire crews were dispatched to the scene at 2:25 pm and arrived to find smoke and flames coming out of all sides of the building. At this time the roof is burned through and crews are attacking the fire defensively.

Media staging will be at: North Lombard and North St. Louis. A Public Information Officer is on scene.