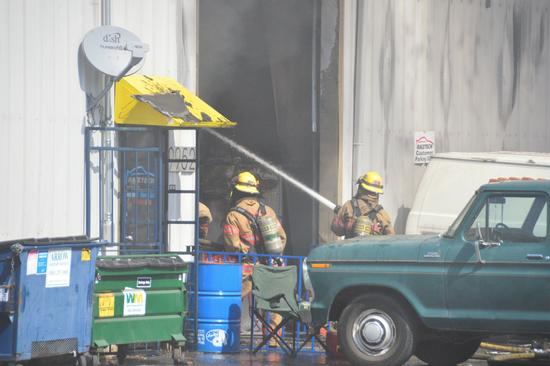 At 11:55 AM, Portland Fire & Rescue was dispatched to a commercial fire at 9952 N. Vancouver Way.  Initial reports indicated that both black smoke and fire were present at the fire and that there were possibly two occupants still in the building. Prior to the units arriving, a second alarm was called for because of the volume of smoke visible from a distance. Station 17 (Hayden Island) was the first to arrive and reported heavy fire conditions inside the building.  Portland Fire was also advised by tenants in the area that the business worked on race cars and there were several cars and fuel cells inside the building. 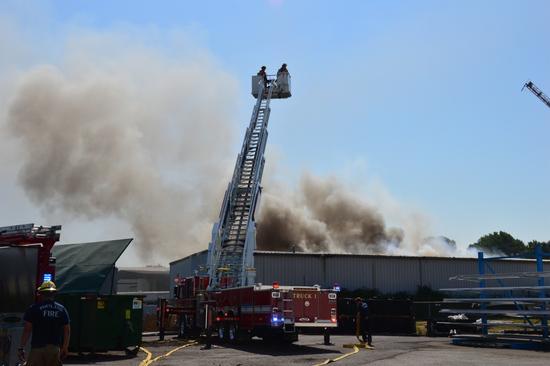 Portland Fire performed a search of the building and determined that all of the occupants had exited prior to their arrival.  Fire Command was concerned for the safety of the crews because of the explosions coming from inside the building.  After the fire was significantly knocked down from outside, crews re-entered and extinguished the remaining fire inside.  There were no injuries reported. 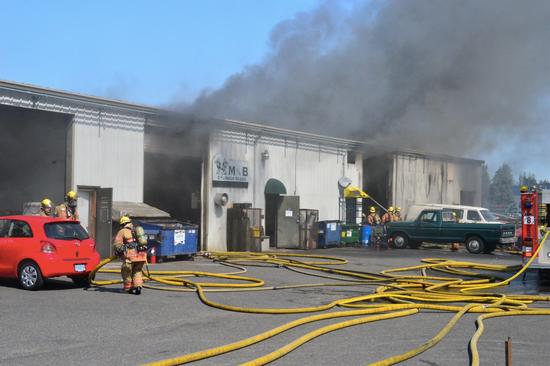 "Fighting fire on a hot day presents special challenges," said Battalion Chief Dan Buckner, "It is especially important to make sure the crews stay hydrated on days like this."