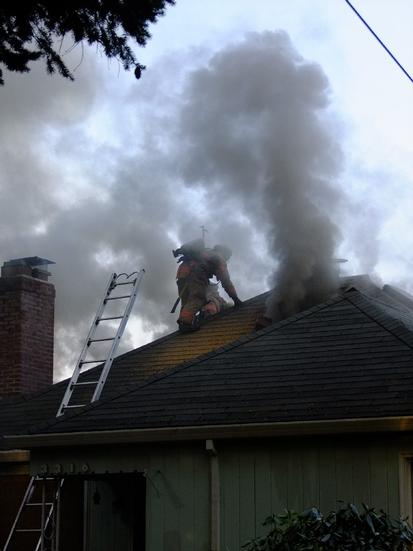 At 5:52 PM, Portland Fire was dispatched to a residential fire at 3316 SE 131st Ave.  Initial reports were that smoke and fire were visible, coming from the roof.  Truck 7 and Engine 7 (Mill Park) were among the first units to arrive and confirmed that heavy brown smoke was coming out under pressure from the eaves and on the second floor.

Once it was verified that the tenants had all made it out safely, the engine crew advanced a hose line into the home, but reported difficulty accessing the 2nd floor because the stairwell was only approximately 20 inches wide.  The truck crew cut ventilation holes in the roof, allowing the smoke to exit, which also gave the engine crew access to the fire location. 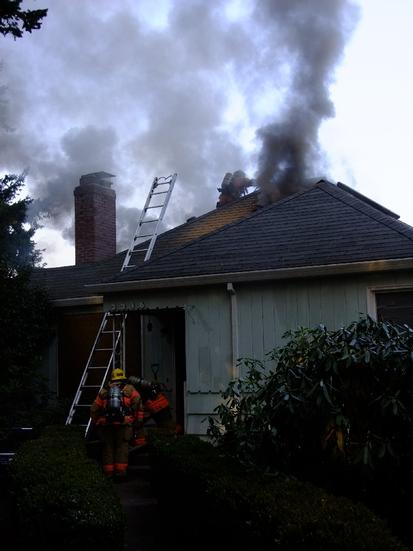 There were no injuries as a result of this fire.  The Red Cross will be assisting the 7 residents and their pets with housing.

At the time of this release, Investigators were at the scene.  The cause is under investigation and there is no damage estimate at this time. 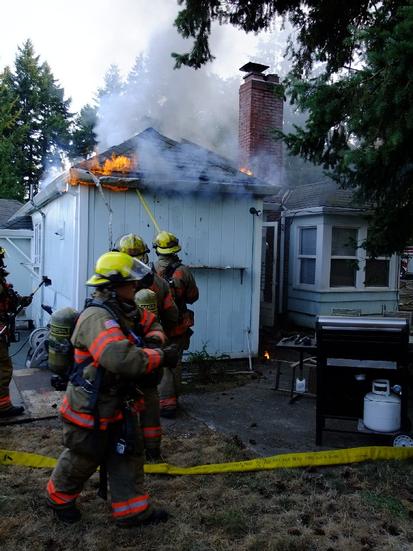