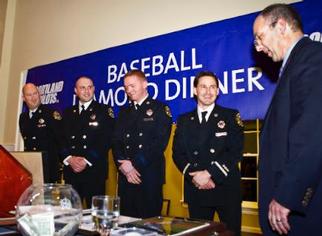 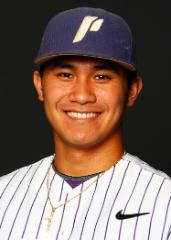 The University of Portland recently held its Diamond Dinner, an annual event held to mark another 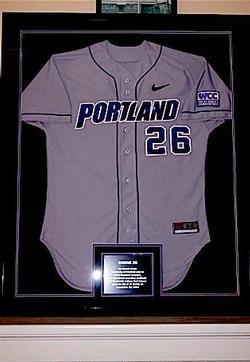 year in baseball for the school's team. But this year wasn't just another one for the Pilots. This past December, the Pilots were faced with a situation much more harrowing  than going against an undefeated team: their captain, JR Bunda, collapsed after a workout and went into cardiac arrest.

Thanks to the quick thinking of the University staff, the situation was set up as best as possible by the time the crew from Portland Fire & Rescue's Station 26 raced into the gym to begin the lifesaving measures that would restart Bunda's heart.

The Station 26 crew went to work: Kurt Schatz acted as team leader, directing IV medication plans and use of the defibrillator; Keith Jordan handled clearing Bunda's airway and manually running a bag valve mask to help him breath; Casey Steele and Jason Warner traded off chest compression duties as well as tracking medical interventions and collecting his history. The crew got his heart started again and he was swiftly shifted to the hospital where he lay in a coma for over 24 hours.

Bunda is now fully healed and ready to hit the diamond again. And at the Diamond Dinner, the team thanked the crew at Station 26 for their part in putting Bunda back on the pitching mound. Pilots' coach Chris Sperry presented the firefighters from Station 26 with a framed jersey of Bunda's. Bunda coincidentally plays as number 26 on the team, the same number of the station and the number emblazoned on the truck that came roaring in to save his life. The jersey is hanging in the North Portland station house, a reminder of the lives on the line every day they come to work.

See coach Chris Sperry tell the story of what happened that day on December 10 when JR Bunda's heart stopped...