Congratulations to PF&R Medical Director Dr. Jon Jui for winning the 2013 Michael Keys Copass award at the EMS State of the Sciences Conference. The award is presented to the Emergency Medical Services Medical Director who has demonstrated longstanding service, contributions and leadership in the unique realm of out-of-hospital emergency care and who, in addition, has served as a role model, not only for emergency medical services personnel, but also for fellow 9-1-1 system medical directors across the nation. 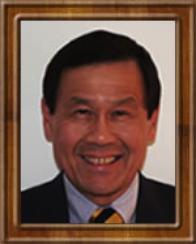 He is board-certified in emergency medicine, internal medicine, and infectious disease and has a Masters in Public Health (epidemiology). He has had a long  interest in population based research and has been a co-investigator on a number of national scientific investigations including Rapid Early Action for Coronary Treatment (REACT), Public Access Defibrillation 1 Trial (PAD1), Emergency ID Network,  Sudden Unexpected Death Syndrome, and Resuscitation Outcomes Consortium. Additionally, he's just a great guy.