At 9:30 AM, Portland Fire & Rescue was dispatched to Port of Portland's Terminal 4 (11040 N. Lombard Ave.) where a crane had collapsed.  Initial reports were that people may have been under the crane when it came down.  Engine 22 (St. John's) was the first fire unit to arrive at the location and took command of the incident at 9:35. The staff there told arriving fire units that all the personnel at the location were accounted for and that there were no injuries. 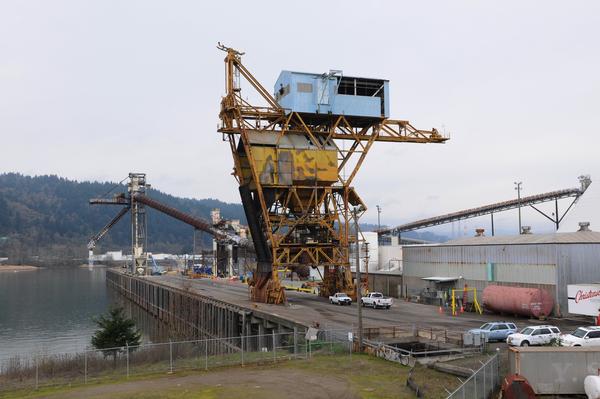 The Specialty Rescue team from Station 1 (Old Town) responded as well, as they carry specialized rescue equipment and are trained for Urban Search and Rescue (USAR).  Fire personnel assisted the Port staff with evaluating the crane and structures, as well as the dock integrity.

Battalion Chief Tom Williams said "The staff here did a great job in recognizing when the equipment failed and getting all of their personnel out of harm's way." 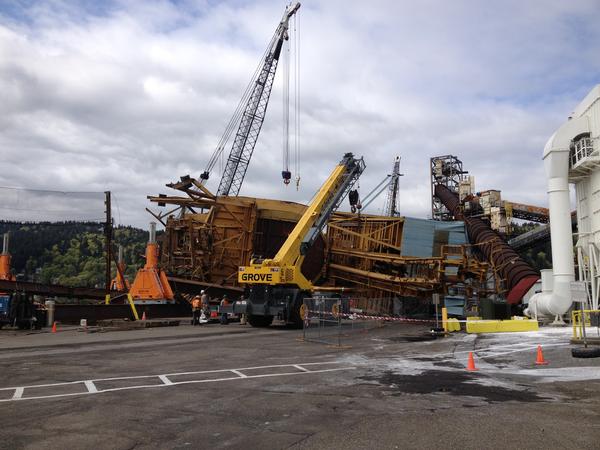 A total of 4 engines, 2 trucks, 1 squad (Specialized Rescue), 3 chief officers and a fire boat responded to this incident, because of the potential need for resources.

Fire personnel remained on scene until 12:04.