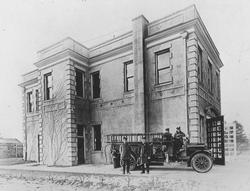 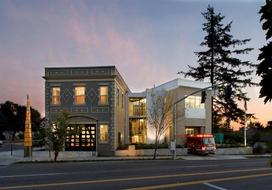 Portlanders are invited to celebrate Station 28's 100 years of service to the city with a party on Saturday, Oct. 26 from 10 am to noon.

In 1913, The Oregonian breathlessly reported on a new fire station dedicated to serve Portlanders. "One of the most attractive and best arranged fire stations in the city," reported the city's daily paper of record. The station, on NE 56th and Sandy, was built to cover the growing Rose City Park area. In a nice feat of economical multitasking, the architectural blueprints were designed by Battalion Chief Holden. The Oregonian reported that while the station would initially house horse-drawn carriages, it was set up to accept automobiles in the future. 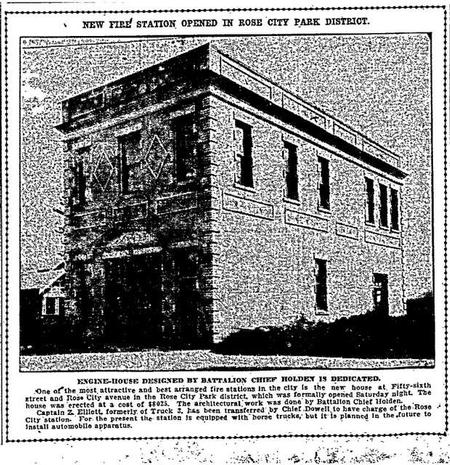 The hardy station served Portlanders for many years and was rehabbed and updated in 2003.

Join us in celebrating the station's 100 years of service to the city with a party on Saturday, Oct. 26 from 10 am to noon.

Come to our open house, tour the station, enjoy some refreshments, have your blood pressure checked, meet Fire Chief Erin Janssens and Commissioner Saltzman, and much more.