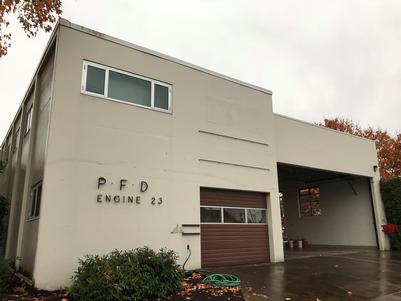 To respond to Lower Southeast Portland's increase in population and businesses, Portland Fire & Rescue will reopen Station 23, located at 2915 SE 13th Place, on November 16th. Station 23 will operate using a pre-existing two-person crew and rescue vehicle. The Type 2 rescue vehicle is primarily designed to provide emergency medical services The vehicle and two-person crew is being transferred from Station 19 (7301 East Burnside), which will continue to respond with a four-person crew and its assigned engine.

"Portland Fire & Rescue responds to incidents from tactically located stations across the city. As Chief, I must constantly reevaluate our approach, especially when it comes to our goal of zero fire deaths a year. Based on its increased density, Southeast Portland requires the sort of response Station 23 can offer," says Portland Fire & Rescue Chief Mike Myers. "I am pleased that we are able to provide this important coverage by using existing resources and a strategic re-mapping of our assets."

Station 23 was closed in July 2010 due to budget cuts. However, in the last year 1,333 incidents have occurred in Station 23's zone (called a Fire Management Area), including 105 confirmed fires, 16 of which were structure fires.

"Reopening Station 23 with existing resources is a great example of the innovation and efficiency Portland Fire & Rescue is using to better serve Portlanders," says Commissioner Dan Saltzman. "This two-person rescue will support surrounding stations during peak hours and decrease response times in order to provide a higher level of service for our communities."