At noon on Tuesday, October 5th, 2021, Portland Fire and Rescue was dispatched to SE 13TH Ave and SE Hawthorne Blvd on the report of black smoke coming from a building. When the first crews arrived they found heavy black smoke coming from a large roll up door. Within a short amount of time, the fire broke through the windows and the roof of the building and became a very fast moving, large fire. Second and third alarms were quickly called to bring sufficient resources to the scene. At one point, a smoke explosion injured two firefighters who were fighting the fire from the outside of the building. One firefighter was transported to the hospital during the incident and the second was taken to the hospital after the fire had been knocked down. Both firefighters have minor injuries and are expected to be released from the hospital today. No other injuries were reported.

There were four business located in this building. The fire spread to the entire building and most of the roof is now collapsed. Fire crews are still on scene attempting to extinguish hot spots and they will likely be there throughout the night. Fire investigators are also on scene working to determine the cause of the fire. 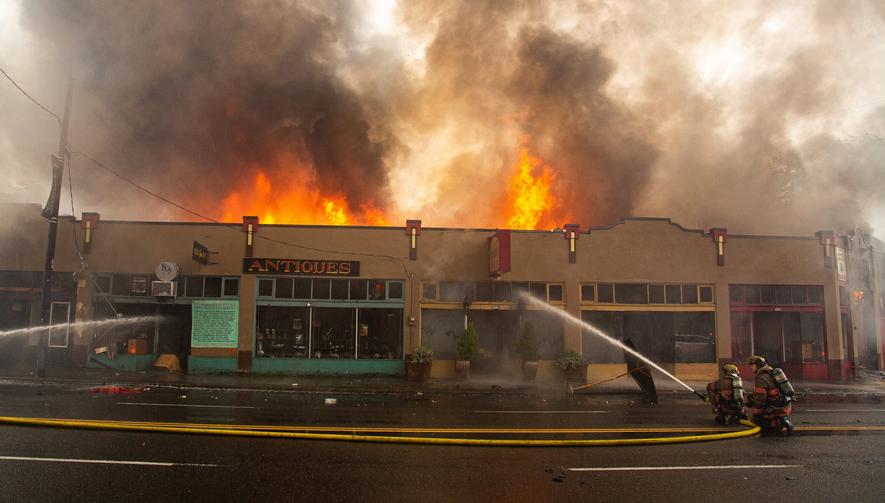