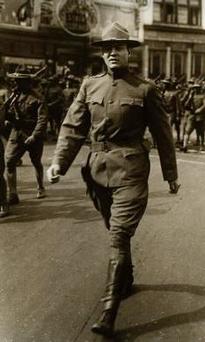 Nick is very proud of the service of his grandfather, a Captain in the 369th regiment in World War I. Because the armed forces were segregated, the 369th served in French uniforms and under French command. For years, efforts have been underway to secure the Medal of Honor for Sergeant Henry Lincoln Johnson, a soldier in the 369th. For his display of outstanding bravery during a battle in France, he received the Croix de Guerre, France's highest honor, but was never recognized by the United States in his lifetime.

Nick has been working with Senators Schumer and Wyden to secure the Medal of Honor - an effort first reported locally by the Skanner, which this week reported an exciting breakthrough: "We found additional evidence that further confirms what we already know to be true," Senator Wyden told the paper, "That Mr. Johnson is a hero and deserves the Congressional Medal of Honor." Senator Wyden, the Skanner report report, "took up the case after learning about Johnson from Portland City Commissioner Nick Fish."

The Albany Times Union also reports on the update, with an excerpt from a 1918 letter from General John Pershing, who said that "Reports in hand show notable instance of bravery and devotion shown by two soldiers of American colored regiment operating in French sector." 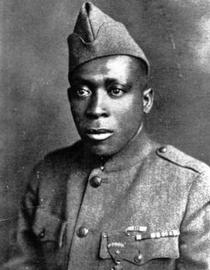 In the Oregonian, Larry Bingham writes that these documents "could provide the missing evidence necessary to finally bestow a Medal of Honor, the country's highest military award, to an African-American soldier who fought in World War I under Portland City Commissioner Nick Fish's grandfather." Nick told Bingham, "My hope is that when this is finally concluded, and a ceremony is scheduled, and the president confers this medal on Johnson...that I can be there, to represent the family."

Harlem Hellfighter, who fought under Nick Fish's grandfather, may get Medal of Honor thanks to newly-discovered documents

In The Skanner, March 29

Support grows for Medal of Honor

In the Albany Times Union, March 29