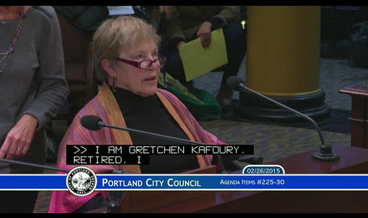 Yesterday, City Council took a number of important steps to meet the housing goals for South Waterfront that were established in 2003.

By adopting an amendment to the North Macadam Urban Renewal Area, and passing a Resolution introduced by Nick, the Council committed to spending at least $47 million to build affordable homes in South Waterfront. That translates to at least 270 new affordable homes for low-income families in a desirable neighborhood.

Hall Monitor: Giving Up on Giving Up