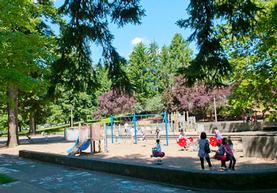 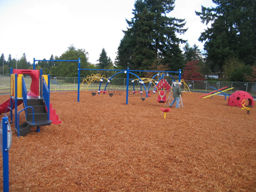 We are happy to announce that Portland's urban forest has been ranked in the top 10 best in the nation!

American Forests, a non-profit group that restores and protects forests, evaluated cities by their park land per capita and their efforts to create green spaces and make them accessible to the public.

Portland boasts a total of 1.2 million trees in our city parks and natural areas!

We're also famous for the decision to transform a huge highway stretch into Waterfront Park—a largely unprecedented action. In 2012, Waterfront Park was named one of the best public spaces in the country by the American Planners Association.

The benefits of our healthy urban forest include removing carbon dioxide, controlling stormwater and flooding, and providing a restful, stress-reducing oasis.

Portland is close to meeting its goal of having 33% of our city covered by an urban tree canopy by 2030. According to a Portland Parks & Recreation 2012 report, our canopy has grown 2.6% over the last 10 years; we currently have 30% urban canopy coverage.

We are proud of Portland's efforts, and of our continuing recognition as one of the nation's greenest cities!

As American Forests writes, "trees don’t grow up overnight, but a healthy urban forests’ benefits can be enjoyed by generations."

The 10 best cities for urban forests

Need help with your taxes?

CASH Oregon is committed to improving the financial health of low-income working families and individuals. Once again this year, CASH Oregon will support families by helping them with the often daunting task of preparing their taxes.

To learn more about the organization, check out CASH Oregon’s website. If you are looking for a site for free tax preparation, click here for their list.

Where to get free help with your 2012 tax return

Brent Hunsberger in The Oregonian