The first stop of the night was at the Din Din Supper Club on NE Glisan, where Nick celebrated with the Community Alliance of Tenants (CAT) at their donor reception dinner. CAT’s mission is to educate and empower tenants to demand affordable, stable, and safe rental homes.

Next, Nick headed to the historic Pittock Mansion to welcome 12 new arts leaders to Portland. Nick, as Portland City Council’s liaison to Arts & Culture and a lover of the arts, was honored to give the welcoming remarks at the event.Portlandhas a wonderfully vibrant arts community, and we’re incredibly excited to welcome such extraordinary new talent and leadership.

Nick ended at the night at former Oregon Senator Avel Gordly’s home to celebrate “National Night Out.” National Night Out began in 1984, bringing neighbors together to promote crime prevention, police-community partnerships, neighborhood camaraderie, and sends a message that neighborhoods are organized and are looking out for each other.

The whole night was filled with wonderful people, delicious food, and great appreciation for our city.

Head out this Thursday, Friday, and Saturday to Director Park for a three full days of incredible dance! 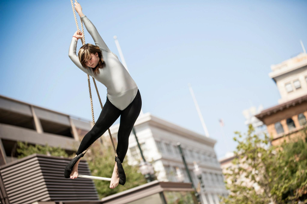 Head out this Thursday, Friday, and Saturday to  Director Park for a three full days of incredible dance!

For the last three years, the Galaxy Dance Festival has graced downtown with dance styles of all different genres. From Salsa to Hip Hop, Ballet to Contemporary, one form of dance is bound to stir you. The festival not only offers beautiful performances, but free classes as well for the whole family!

A Lesson on Harassment

The Real World: Portland, 10 people who are living in the city without homes

Murmurs: Portland Gets Its Own Red Square

We bid a reluctant but very fond Fish team farewell to Emily York, who is moving on to a new position with the Climate and Health program at the Oregon Health Authority. 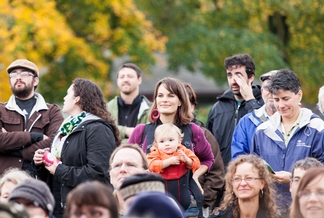 We bid a reluctant but very fond Fish team farewell to Emily York, who is moving on to a new position with the Climate and Health program at the Oregon Health Authority.

Emily joined Nick’s staff in 2008 and has led policy assignments including the Healthy Portland initiative and our 1,000 Gardens program.

Armed with a Master’s degree in Public Health from Portland State University, and a knack for building community partnerships, Emily’s record of accomplishment includes replacing junk food with healthy options in our recreation centers, developing new meal programs to serve hungry kids, and coordinating an unprecedented expansion of the city’s community garden program.

Her passion for sustainability, health, and equity will be missed, but we know she will bring these values to her new role at the State.

Congratulations to our colleague and friend!

The City Attorney has issued the following ballot title language for the Portland Public Water District.

NOTICE OF RECEIPT OF BALLOT TITLE

Notice is hereby given that a ballot title for an initiative petition has been filed with the Elections Office of the City of Portland on August 8, 2013.

The City Auditor has determined this measure meets the requirements of Article IV, Section 1(2)(d) and (5) of the Oregon Constitution. An elector may file a petition for review of this ballot title in the Multnomah County Circuit Court no later than 5:00 P.M. on Monday, August 19, 2013.

The ballot title is as follows:

Amends Charter: Creates water and sewer district with elected board

with new legislative board elected from seven zones?

Measure creates Portland Public Water District as independent agency of City; transfers operation of water and sewer systems from City Council to district board, including control over property and right of way used by systems. Seven uncompensated board members would be elected for three year terms, from zones coextensive with Portland Public School zone boundaries. Board vacancies filled by appointment. Certain persons disqualified from board or working for district. Board could adopt ordinances and resolutions, with civil and criminal liability for violations. Board could hire and discharge employees. City water and sewer employees would be transferred to district. District would set rates for water and sewer, and adopt annual budgets, with financial audits. District could purchase and condemn property; borrow funds; direct Council to issue water and sewer bonds; and assess properties for water and sewer local improvement districts. District cannot “regionalize or privatize” (undefined) water or sewer; commingle Bull Run water with other than existing sources, except in catastrophic emergencies; or adopt less-protective regulations for Bull Run watershed. No cost estimate provided with measure.