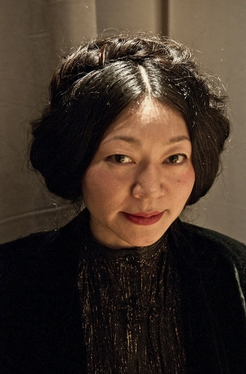 Talk to Strangers is a wonderful art project that documents Portland’s diverse populations through daily personal stories and photos.

Created by talented local photographer Julie Keefe, the ongoing project provides a unique peek into the lives of Portlanders of all ages and backgrounds.

Keefe was inspired by a quote from the famous poet, William Stafford: “Don't forget to talk to strangers, because if you don't, how will you learn anything?” She presents a story and a portrait of new people she meets every day. Keefe takes a photo every day – her goal is to have an art show featuring all 365 portraits in early 2016.

Check out Keefe’s Facebook page, Talk to Strangers, to see daily posts and portraits of your fellow Portlanders.

The festival is a great one-day educational event for 4th and 5th graders from around Portland.  Students learned all about clean water, stream bugs, groundwater, and more! It reinforces important educational programs, including STEM (Science Technology Engineering and Math), Common Core, and Next Generation Science through lively stage shows, exhibits, and presentations.

The Portland Water Bureau and the Bureau of Environmental Services were proud to partner with the Regional Water Providers Consortium and other public and private partners to make the festival a success!

This Saturday, join the Columbia Slough Watershed Council at Slough 101. 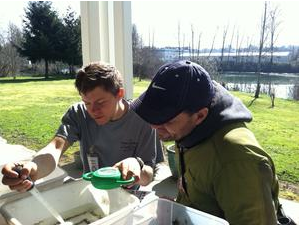 This Saturday, join the Columbia Slough Watershed Council at Slough 101.

Slough 101 is free and perfect for adults and teens 14 and up!

The workshop is sponsored by the Bureau of Environmental Services and the Portland Water Bureau.

Check out the Columbia Slough Watershed Council’s website to register for the event.

'Grimm': On the set in Portland, the starts hint about what's coming and celebrate renewal

Kristi Turnquist in The Oregonian

Jennifer Anderson in the Portland Tribune

4,500 gallons of sewage backs up in downtown Portland apt.

More heat expected at reservoir hearing in May

Water rate may get heated in Thursday meeting

“Sonia Schmanski joined my team about the time I came to City Hall and has a depth of experience across all of our work here,” said Fish. “I’m delighted that she’s agreed to be my new Chief of Staff.”

Ms. Schmanski joined the staff of Commissioner Fish in the fall of 2008 as a temporary staff person, and rose through the ranks.

She has held numerous leadership positions in the office, including acting as bureau liaison and advising the Commissioner on a range of citywide issues including land use, transportation, housing, utilities, and planning.

From January 2012 through early February 2013, she was Commissioner Fish’s liaison to the Portland Housing Bureau. In that role she facilitated implementation of the Commissioner’s Fair Housing Action Plan; the successful conclusion of the City’s 11x13 housing preservation campaign; and the opening of Gray’s Landing, which brought the South Waterfront its first affordable homes.

From June 2013 until her appointment as Chief of Staff, Ms. Schmanski served as liaison to the Portland Water Bureau, managing the roll-out of key utility reforms. Those reforms included the Blue Ribbon Commission launched in the spring of 2014, development of a new policy to guide the disposal of surplus property, the launch of monthly billing, and a groundbreaking new partnership with the Citizen’s Utility Board of Oregon.

“I’m honored by the opportunity to serve Commissioner Fish and Portlanders in this new role,” said Ms. Schmanski. “Working in City Hall is both challenging and rewarding. I look forward to leading our terrific team.”

Ms. Schmanski studied International Relations at Boston University and spent time at the Woodrow Wilson International Center for Scholars before returning to Portland in 2008. A 6th-generation Oregonian, she grew up in the Grant Park neighborhood of Northeast Portland, and now lives in St. Johns.

Nick Fish names Sonia Schmanski as next chief of staff