Portland Commissioner Nick Fish announced a "speak-out' event after a local Community Garden was hit by vandalism in August of 2009. 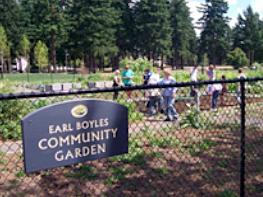 Community gardens across Portland are thriving this summer - mostly.

The Hazelwood Community Garden at NE 117th and Holladay, recently profiled by David Ashton in the Easy Portland News, hosts gardeners like manager Richard Larson, Samantha Dulude, and Gordon MacDonald, who are preparing to harvest crops ranging from carrots and peas to cantaloupes and flowers.

In its second year, Hazelwood Garden's 30 plots help families feed themselves and contribute to the "Food For the People" and "Shepherd's Door" programs, which provide fresh produce to those who otherwise couldn't afford it.

The Earl Boyles Community Garden, at SE 110th and Francis, hasn't fared as well. For the fifth time this season, the Oregonian reports, vandals have ransacked the garden, leaving gardeners who have spent the summer tending their crops with nothing to harvest.

The Commissioner has organized a "Speak Out, Clean Up" event this coming Saturday, August 22, at 10:00 a.m. "It's important for neighbors and friends of our Community Gardens to come out and show that vandals are not in control," Nick said. 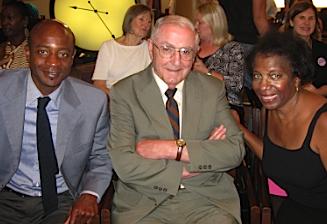 This morning, Nick and his colleagues recognized Kay Toran, President and CEO of Volunteers of America Oregon, with an official proclamation in Council.

Kay has led VOA's Oregon branch for 10 years, working to increase community awareness of VOA's efforts to improve the lives of Oregon's children, families, and seniors.

Volunteers of America stands out among non-profits for its efficiency; 88 cents of every dollar given to VOA directly funds services for communities in need. Programs in Oregon serve our most vulnerable by addressing drug and alcohol abuse, domestic violence, poverty, and providing for our seniors.

During her tenure, Kay's good work has raised the profile of VOA in our state and ensured that even during tough economic times the organization continues to provide high-quality services for the people of Oregon.

Commissioner Nick Fish and the Portland City Council approved a contract with BBC Research and Consulting to conduct the 2009 Disparity Study for the City of Portland.

As Commissioner-in-Charge of the City of Portland's 2009 Disparity Study, I am pleased to announce that this week in Council my colleagues and I approved a contract with BBC Research and Consulting to conduct the City's 2009 Study.

Last year the Disparity Study was budgeted for a much higher price tag, but to account for economic challenges facing the City we opted to limit the project's scope and reduce the overall cost of the Study.

The City is now on track with an aggressive timeline and a sharper focus. I look forward to meeting with the BBC team in September and launching this important project. In coming weeks I will also be appointing an advisory committee to be a part of our process.

By this time next year, we will have a reliable, comprehensive study to guide the City's future contracting practices to ensure equity for our minority- and women-owned businesses. 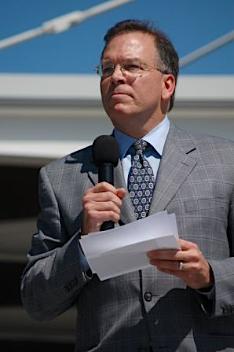 With a celebration including a reading from Oregon Poet Laureate Lawson Inada, a blessing by the  confederated Tribes of Grande Ronde, and a performance from Portland Taiko, Commissioner Fish

The dedication is part of a weeklong celebration of Tom McCall Waterfront Park, culminating with the

Thanks to Don Barr for the photo!

See more in our Photo Gallery

From the Oregonian, August 21 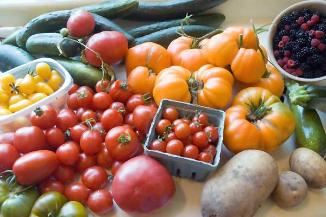 Albany couple David and Carol Anderer in this morning's Oregonian:

"Today we helped harvest the pear tree from two good neighbors and we had much more than we needed.

Letting the pears go to waste when so many people are struggling financially just didn't seem right. We sent out an e-mail to friends, family and neighbors and asked that those who wanted some free pears to let us know. That got us to thinking about all the fruit and vegetables that get wasted locally because people just don't remember to reach out and offer to others what they can't use. It does take a little

extra effort to reach out and share, but that extra effort is what helps create a living and breathing healthy local community.

There is currently a movement for people to "buy local" which is a good idea. We would suggest we also create a movement to "share local."

I bet the total of all the extra fruit and vegetables wasted each year from small gardens and residential fruit trees in Oregon amounts to tons. By sharing what we will not use ourselves, we can spread the wealth locally and help everyone."