Nick is now the Commissioner in Charge of the Portland Water Bureau and the Bureau of Environmental Services, as well as liaison to Venture Portland, Elders in Action, and the Regional Arts & Culture Council.

For the last five years, Nick had the honor to serve as Commissioner in Charge of Portland Parks & Recreation (PP&R) and the Portland Housing Bureau (PHB). We made a lot of progress with both bureaus.

Portland Parks & Recreation won the Gold Medal for excellence in park management in 2011, we strengthened public-private partnerships with programs like Summer Free for All, Gateway Green, Buckman Fields, and Harper’s Playground, we invested in parks in East Portland neighborhoods, created 1,000 new gardens, and expanded our Park Rangers program.

Working with our community partners, the Portland Housing Bureau made substantial progress during the worst recession in generations. Together we built the award-winning Bud Clark Commons and Gray’s Landing, launched the first-ever Fair Housing Action Plan to combat discrimination, preserved hundreds of federally-subsidized apartments for older adults and people with disabilities, streamlined the VASH voucher program for our veterans, reformed the Section 8 voucher program, developed the first Severe Weather Emergency Plan, secured millions in new funds for removing hazardous materials like lead paint from homes, and protected the Safety Net each year.

The new bureau assignments are effective today. Nick is proud of the work he has done with PP&R and PHB, and looks forward to the opportunities and challenges that come with his new assignments.

Our Opinion: City bureaus get fresh sets of eyes

Assign of the Times 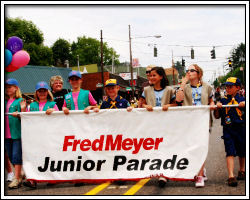 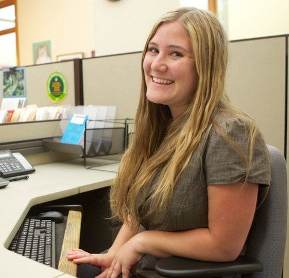 Last week, we were pleased to welcome a new art installation from our friends at p:ear! 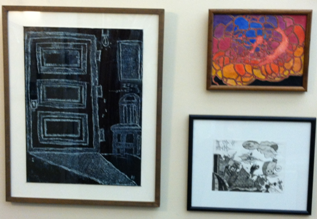 Last week, we were pleased to welcome a new art installation from our friends at p:ear!

The installation, titled Art Out, features six original pieces by homeless or transitional youth who created their work at p:ear.

p:ear is a wonderful organization that builds positive relationships with homeless and transitional youth through education, art and recreation to affirm personal worth and create more meaningful and healthier lives.

Timing for this wonderful art show is perfect - on Tuesday, Mayor Hales named Nick the new Commissioner-in-charge of Arts & Culture.

To learn more about p:ear, and to purchase artwork, visit their website.

Be sure to stop by our office in June and July to see the unique and beautiful display.

We were thrilled to learn this morning that Bud Clark Commons has been named the 2013 Residential Architect Design Awards Project of the Year! 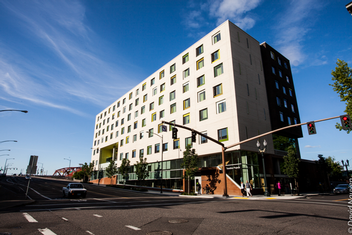 We were thrilled to learn this morning that Bud Clark Commons has been named the 2013 Residential Architect Design Awards Project of the Year!

The unique eight-story building was designed by Holst Architecture.  Named for former Portland Mayor Bud Clark, the Commons provide a continuum of services. Our community partners Transition Projects and Home Forward provide access to healthcare, shelter, and counseling to help homeless people transition from the vulnerability of the streets to a more permanent home. It includes a walk-in day center with access to services, a temporary shelter with 90 beds for homeless men, and 130 efficient, studio apartments for very low-income individuals.

Bud Clark Commons creates pathways to self-sufficiency for people without a place to call home. Being named "Project of the Year" is a tremendous honor. The City and the design team at Holst Architecture have proven that design and function are not mutually exclusive.

Announcing the Winners of the 2013 RA Design Awards