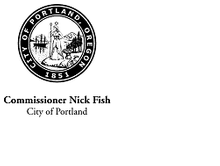 The first six months of 2013 have been marked by big changes, new challenges, and much to celebrate.

The first six months of 2013 have been marked by big changes, new challenges, and much to celebrate.

First, the big news: Mayor Hales has asked me to lead two new bureaus – the Water Bureau and the Bureau of Environmental Services.  He has also asked me to serve as Council liaison to Venture Portland, Elders in Action, and the Regional Arts and Culture Council.

Last month, the Council approved a balanced budget that reflects our community's best values: preserving the safety net, investing in strong neighborhoods and healthy small businesses, supporting older adults and youth, collaborating with our public and private partners, and preserving our fire stations and patrol officers.

As I move to my new assignments, I’d like to thank our stellar community partners and the talented teams at the Portland Housing Bureau and Portland Parks & Recreation for five great years.

It is an honor to serve as your City Commissioner. As always, thanks for all you do to make Portland a better place.
Happy Independence Day!

On the 4th of July, we gather with friends and family to 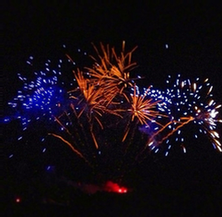 On the 4th of July, we gather with friends and family to celebrate America's Independence!

If you observe the holiday by setting off fireworks, remember that Oregon requires fireworks not to fly, explode, or travel more than one foot into the air, or more than six feet on the ground.

Whether you gather for a barbecue, watch a baseball game, or set off fireworks, have a safe and fun Independence Day!

Zoe Greenberg in The Oregonian

Can You Hear Me Now? It's Not that Amanda Fritz Wasn't Speaking Up. It's Just that We're Finally Listening.

Helen Silvis in The Skanner News

Denis C.Theriault in The Portland Mercury

Some question whether week suspension for Charlie Hales' adviser is adequate

Saltzman promises a "fresh set of eyes" at housing bureau

Visual Chronicle will portray the underrepresented parts of Portland

Zoe Greenberg in The Oregonian

Paid Sick Leave Laws Generate Concern, but Not Much Pain

Learn to be a “water wise gardener” at the Hazelwood Conservation Demonstration Garden in East Portland on July 10. 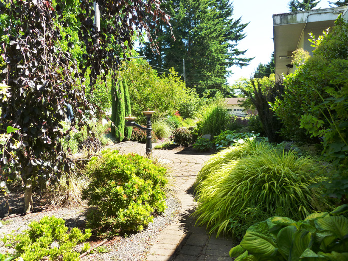 Learn to be a “water wise gardener” at the Hazelwood Conservation Demonstration Garden in East Portland on July 10.

Portland Water Bureau’s Water Efficiency Team is hosting an Open Garden so community members can learn about water efficiency through proper plant choices, mulching and soil preparation, as well as irrigation methods for yards and gardens.

The Efficiency Team will be on hand to answer questions, discuss water wise features, and pass out free outdoor water efficiency kits.

Don’t miss this great opportunity to learn about water conservation for your home!