Yesterday, I was honored to join our community’s hardworking men and women at the Northwest Oregon Labor Council’s Labor Day picnic.

Special thanks to Bob Tackett and Bob Petroff from Northwest Oregon Labor Council for hosting this spectacular event! 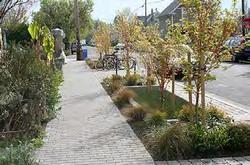 Beginning tomorrow, SE Division Street between SE 34th and 37th Avenues will be closed for the next phase of the Division Streetscape and Reconstruction Project.

The project is a joint effort between the Bureau of Environmental Services and the Portland Bureau of Transportation to upgrade SE Division St. The project will replace 4,900 feet of sewer pipe in poor condition, replace 32 sewer manholes, add new crosswalks and streetlights, construct 55 green street facilities to manage stormwater runoff, and much more!

This temporary closure will pay off in the end. A few benefits from the project include increased safety for the community, better-managed stormwater runoff from the streets and improved watershed health, work that helps stimulate the local economy, and a more attractive neighborhood.

For more information on the Division Streetscape Project visit the Portland Bureau of Transportation’s website. 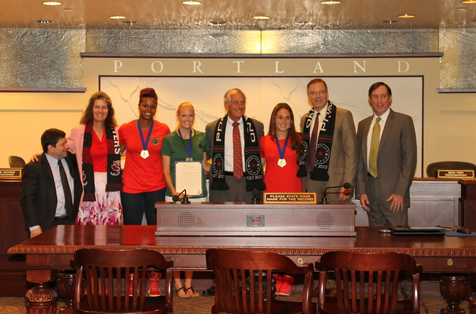 The Thorns brought home the national title in this inaugural season by defeating the Western New York Flash by a score of a 2-0 on September 1. It's Portland's first national sports championship since the 1977 Trail Blazers.

Congratulations to these outstanding athletes!

Portlanders are invited to celebrate the Thorns' victory at Jeld Wen field today at noon - gates open at 11 am!

Jamie Goldberg in The Oregonian

Jamie Goldberg in The Oregonian

Head out tonight to First Thursday and participate in the 2nd Annual Art with Heart Walk. 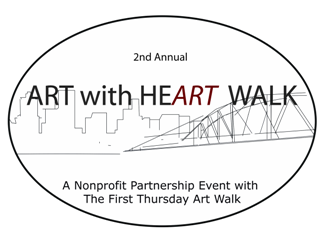 Head out tonight to First Thursday and participate in the 2nd Annual Art with Heart Walk.

The Art with Heart Walk is a collaborative initiative hosted by the PDX Development Roundtable to showcase the artwork of some of the most vulnerable in our community. The artists include people who are struggling with extreme poverty, homelessness, mental illness, and addiction. Art with Heart helps participants find peace of mind through artistic expression in times of transition, difficulty, and chronic hardships.

The event runs from 6 – 9pm, and you can start at any participating organization to pick up a map and your Art with Heart passport. Participating organizations include Transition Projects Inc. with p:ear & Pacific Northwest College of Art, Sisters of the Road Cafe, the Macdonald Center, Saint Andre Bessette Catholic Church, and Central City Concern with Street Roots.

Don’t miss this opportunity to view these incredible works, and the chance to support our community partners in the fight to end homelessness and poverty.

The unique eight-story building was designed by Holst Architecture. Named for former Portland Mayor Bud Clark, the Commons provides a continuum of services. Our community partners Transition Projects and Home Forward provide access to healthcare, shelter, and counseling to help people experiencing homelessness transition from the vulnerability of the streets to a more permanent home.

Bud Clark Commons is like no other building in the country. It includes a 90-bed transitional shelter for men, 130 studio apartments, and a day center. Bud Clark Commons represents the best of our work – and the strong belief that we are all in this together.