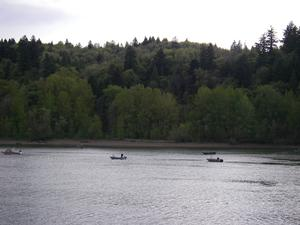 With these 90 degree days you may have already forgotten about the downpour of rain we experienced last Thursday.

But the first big rainfall of the season caused stormwater to flow down the streets and even caused some trees to come down on Forest Park’s Lower Macleay trail. Sometimes this kind of storm causes an overflow of the City’s sewer pipes and allows sewage to enter our Willamette River.

We’re happy to report that thanks to “green” investments in our infrastructure, we had no overflow!

In the past, combined sewer overflows happened nearly 50 times a year, but now with the completion of the “Big Pipe,” disconnecting downspouts, and building green street facilities to manage rain naturally, our city is better equipped to deal with the abundance of rain we get each year. Because of Portland’s investment in fixing combined sewer overflows (CSOs) with upgrades to our sewer infrastructure, the Willamette River and Columbia Slough are cleaner and safer for people and fish.

To learn more about the big pipe and other ways we manage CSOs, visit the Bureau of Environmental Services website. 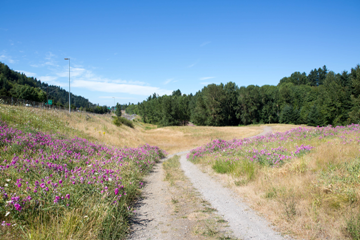 The 38 acres between I-84 and I-205 in East Portland have sat unused for the last eight years. With strong grassroots support and local, regional, and state government input, the project is starting to make headway.

Friends of Gateway Green will leverage public, private, and philanthropic funds to fully develop and construct the area. After its completion, Portland Parks & Recreation will operate the park.

Help the project out by spreading the word on Facebook and Twitter. Making people aware of the project is the key to making Gateway Green become a reality.

Learn more about Gateway Green by visiting their website.

Nick Fish in the Portland Tribune

Dana Tims in The Oregonian

April Baer in The Columbian

For 118 years, Portlanders have enjoyed Bull Run water. Read a short history lesson on the many protections keeping it safe and clean. 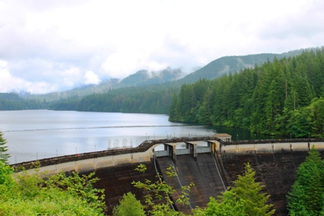 There are over 150 private parking lots in the city, but there are two that may catch you off guard. Thanks to KATU’s investigative reporting, constituent complaints, and my own personal experience, we learned that people were getting tickets because they were parking on what looked like public streets – but were in fact private parking areas.

The Code change explicitly allows the City to require that private parking lot owners offer better signage so motorists are not caught off-guard.  The Code also adds new reporting requirements which will monitor ticketing practices and how complaints are handled.

These changes will better protect consumers who were accidentally parking illegally. Nobody likes to get a parking ticket (me included!) – so we want to make sure that the rules are clear and fairly applied across the city.

Special thanks to KATU’s team for highlighting this story.