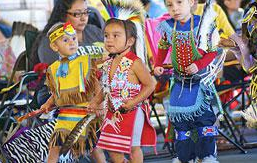 The grants are for non-profit organizations dedicated to making arts and culture more equitable.

Funding for the grants comes from the voter-approved Arts Education and Access Fund.  RACC plans to invest approximately $50,000 towards expanding cultural accessibility.

Applications are due by March 3.  Visit RACC’s website for more information.

Portland has a valuable resource right beneath our feet – groundwater!

The well field is capable of producing nearly 100 million gallons of quality water per day!

The reserve is important because it’s our emergency water source.  During the hot summer months, or during winter storms, water from the well field is sometimes blended with water from the Bull Run Watershed, Portland’s main supply of water.

Portland is fortunate to have some of the best drinking water in the world.  Among the Bull Run Watershed and the Columbia Shore Well Field Groundwater Aquifers, we have billions of gallons of quality drinking water. Our water system serves nearly a quarter of our state’s population.

This morning, our new Auditor, Mary Hull Caballero, swore me in to a new four-year term as City Commissioner.

I was joined by my family, colleagues, and honored guests, including former Mayor Bud Clark and former Governor Barbara Roberts.

Bud was the first Mayor to place homelessness at the center of the City’s agenda. Barbara has been my mentor for more than a decade. I am proud to call them both friends and role models.

I will continue to honor the trust voters have placed in me by working hard, by standing up for people who don’t have a voice in our government, and by always trying to live up to the standards of those who came before us. 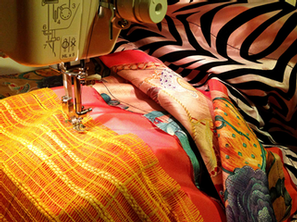 The installation is a quilted, scaled-down version of the Portland Building.  The soft façade depicts hidden parallels in architecture and textiles, including the visual language of patterned grids and lines.

Pliable Plans is up from January 13 until February 6 in the Portland Building’s lobby.

Hall Monitor: A Swing and a Miss