In response to the Auditor’s report about the new Bureau of Environmental Services employee building at the Columbia Boulevard Wastewater Treatment Plant, I committed to bring in an outside law firm to review the findings, conduct an investigation, and issue a written report on lessons learned and “best practices.” Attached is a copy of the report.

In its report, Barran Liebman LLP found no evidence that laws, rules, or ethical guidelines were violated. However, the report raises a number of red flags about bureau practices and decisions.

Barran Liebman’s report includes eleven thoughtful recommendations for improving how the bureau completes capital projects. We are reviewing them carefully, and expect to implement many of them.

Prior to the issuance of this report, I already initiated a number of reforms that address many of the findings. They are designed to strengthen accountability and transparency. For example:

Next week, I am launching a national search for a new Director. I am confident that with new leadership, a renewed commitment to transparency and accountability, and with the full support of our dedicated employees and the Council, BES will continue to deliver high-quality services to Portlanders.

Please let me or my staff know if you have any questions about this report.

Why? Because I believe that we can strengthen public safety and security without sacrificing Oregon values.

In 2011, following a lengthy and thoughtful community-wide debate, I supported a compromise approach: the Portland Police Bureau (PPB) would rejoin the JTTF on as “as-needed” basis. In spite of the best efforts of all involved, it did not work as planned.

As a City Commissioner, I take very seriously my duty to keep Portlanders safe.

Since 2011, the world has become an even more dangerous place. We have been witness to senseless violence, both domestic and foreign. Recent terror attacks in Boston, Paris, and Copenhagen are stark reminders that freedom requires vigilance at home and abroad.

Every other major city in America, including New York and San Francisco, participates in the JTTF. As former and current police chiefs and U.S. attorneys explained to me, we are safer when local, state and federal law enforcement share information and talk to each other on a regular basis.

And when our trained Portland Police officers are at the table, they help guide investigations consistent with our values.

As a former civil rights lawyer, I also take very seriously my responsibility to protect our cherished Constitutional freedoms and liberties. At a recent Council hearing, critics of the JTTF raised concerns about erosion of Constitutionally-protected privacy, the legacy of the FBI, and our ability to ensure compliance with Oregon laws prohibiting the random collection of data on Oregonians outside of a criminal investigation. These are important concerns, and we must enter any new relationship with our eyes wide open.

We do not have to sacrifice accountability in order to participate in the JTTF. Police Chief Larry O’Dea has stated his preference to post two highly-trained officers with the JTTF, supervised by a sergeant, all reporting to the Chief and Mayor.

The Chief already has “secret” clearance, while the Mayor can access all relevant information under the terms of a standard non-disclosure agreement. The City Attorney would provide regular legal advice to the Chief and the Mayor, and training on Oregon law to the PPB officers. This ensures that the proper chain of command is followed.

The task force model strengthens community policing by coordinating multiple resources to focus on some of our most difficult public safety issues.

Whether we are addressing the national problems of child sex trafficking or domestic terrorism, we are stronger when we work together.

Finally, today’s JTTF is supervised by the Obama Justice Department – not  Bush, Cheney, or Ashcroft.

Speaking to the JTTF in New York, the President said:

“Together your success in thwarting terrorist attacks, the strong intelligence you've gathered, and the hard-nosed investigations you've pursued has proved to be a model for law enforcement officials across the country.”

The time has come to fully join with the JTTF. Portlanders rightly expect that protecting their safety is a fundamental responsibility of their Mayor and City Council. I believe that we can meet that responsibility and safeguard civil liberties by joining the JTTF.

What will it take to end homelessness?
Nick Fish in Street Roots

Activists want bigger, faster effort by city to save neighborhoods 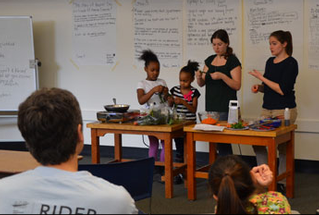 Fix-It Fairs are great, free events that teach you easy ways to save money and keep your family healthy.

The fair features a diverse array of workshops and exhibits from community partners.  Experts will be on hand to discuss recycling, health, community resources, and more!

While you are there, visit staffers at the Portland Water Bureau and the Bureau of Environmental Services’ booths to learn about water conservation and watershed health. 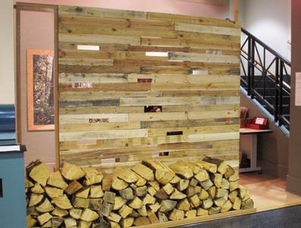 The installation provides a hidden, forest-like setting to watch people as they walk through their natural habitat: work.  The objective is to perceive ourselves as though we are animals, connected to nature and one another.

People Blind/Prospect & Refuge is now up through March 20 in the Portland Building’s lobby.