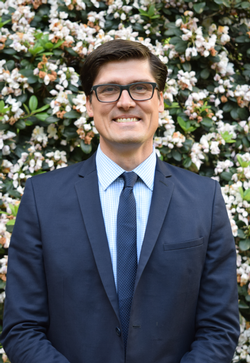 In March, the Energy Trust of Oregon awarded the Water Bureau nearly $500,000 to support the project. Innovative design, new technology, and gravity make the pump station energy-efficient, saving ratepayers over $160,000 each year.

The new pump station is also built to last. It’s designed to withstand the “Big One,” and it will meet future demand in SW Portland.

The Hannah Mason Pump Station is the Water Bureau’s first major infrastructure project named after a woman. It replaces the Fulton Pump Station, the city’s second-oldest and the largest single use of electricity in the entire water system. It also features four state-of-the-art all-user restrooms.

You can learn more here.

Portland to up its contributions to Joint Office on Homeless Services

Samantha Swindler in The Oregonian

Portland Train Attack: Mayor Tells Patch 'We Have A Lot Of Work To Do'

Colin Miner in the Portland Patch

Pete Mark, one of the storied names in Portland real estate and business, dies at 91

Molly Harbarger in The Oregonian

Ellen Spitaleri in the Portland Tribune

Uber said to fire more than 20 employees in harassment probe 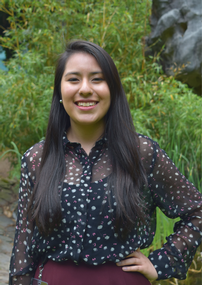 Join us in welcoming Mariana Garcia Medina to the Fish Team as our new intern!

Mariana was born in Mexico City, Mexico. She immigrated, along with her family, to the United States at the age of three. Since then, Mariana has considered Tigard, Oregon to be her home.

As a recent graduate of Portland State University, Mariana is thrilled to contribute and learn as part of the team. Mariana is passionate about her community, civic engagement and social justice. Her goal is to work in policy, advocate for underserved communities and be a resource for them. Throughout her time at Portland State, Mariana held many leadership positions, including Director of Las Mujeres, a Latina empowerment organization, and student ambassador. She has also had the opportunity to intern with the Oregon Latino Agenda for Action, Office of Congressman Earl Blumenauer, and the Center for Women’s Leadership. She is currently working on her research of immigration detention centers as a McNair Scholar and serves on the Alumnae Board for the Center for Women’s Leadership.

In every corner of our city, volunteers help the Bureau of Environmental Services (BES) make our city cleaner and greener. This morning, Council made it easier for them to help.

Volunteers were eager to help more, and today Council made it possible for Green Street Stewards to plant new vegetation and remove sediment from bioswales.

Council also approved a number of small grants to community partners who help take care of our watersheds. The work of organizations like the Columbia Slough Watershed Council, Depave, the National Indian Parent Information Council, Southwest Neighborhoods, Inc., and Verde will restore our urban watersheds, improve stormwater management, replace pavement with native plants, and provide youth environmental education and art projects. Many of these grants are part of the Community Watershed Stewardship Program, which provides small grants and technical assistance for community-led projects.

Volunteers do amazing work in our community, and we’re proud to support their commitment to education and stewardship of our urban watersheds.