Nick is proud to join many other community leaders tonight at an emergency forum hosted by the Muslim Educational Trust.

The purpose of the forum – Understanding Justice and Equality for All Through the Strength of Law and Compassion – is to discuss President Trump’s recent executive orders and express solidarity with Portland’s refugee and immigrant communities.

Today, Council voted 5-0 to refer the City Auditor’s proposed Charter amendments to the May ballot.

Nick was proud to support this historic proposal, which strengthens the independence of the Auditor and will lead to a more transparent and accountable government. Nick’s statement from last week’s first hearing is below:

We do our best work in the light of day, and we can never take public trust for granted.

During my 8 years on Council, we have adopted many important reforms to increase transparency and accountability.

• We established a new oversight body for our public utilities, the Portland Utility Board.

• We made it easier for people to appeal administrative decisions made by the City.

• We created an independent budget office, accountable to the Council as a whole.

• We restored the City’s Chief Financial Officer position, bringing back the independent guidance we need to make good decisions about taxpayer money.

• And last year, we became the second city in the country to require Political Consultants to disclose their relationships with City Council members.

Today’s proposed Charter referral is yet another important reform, designed to protect the independence of the elected Auditor, the City’s watchdog.

I support the Auditor’s proposal for a number of reasons.

• First, I agree we should update the charter to reflect the increase in responsibilities over the last 30 years.

• Second, I strongly believe the Auditor should have the right to seek independent legal advice.

• Third, I believe that the Auditor must have the freedom to issue tough audits without the fear of retaliation from the Council or City bureaus.

I have heard two basic arguments against referring this package to the May ballot.

• First, that these changes can be accomplished through changes to our Code and not our Charter. While this has been the approach in some other cities, I believe that a Charter change provides an extra measure of protection going forward.

• Second, some argue that this referral has been rushed, and that we should hold off until next year. While we should never refer a charter change that is not well considered, the Auditor has worked closely with the Council to answer questions, clarify details, and make reasonable changes. And today, I expect that my colleagues will have additional suggestions to strengthen the proposal. I actually have one of my own. That’s not unusual, and I see no reason for further delay.

The debate today should not be about whether strengthening the Auditor’s independence is a good idea.

Of course it is.

On that question, there can be no debate.

If this proposal is referred to the voters and passes, successful implementation will depend on a high level of cooperation between the Auditor’s office, the City Council, bureau leadership and the public.

And that’s true of any Charter change.

Therefore, I am proposing an amendment which provides for public comment in the rulemaking phase assuming this is approved by the voters. It was suggested by the League of Women Voters – thank you Debbie Aiona – and has the support of the Auditor.

To our Auditor, thank you for the spirit of collaboration and the open mind you have brought to these conversations.

I look forward to the presentation, testimony, and discussion.

Council Refers Auditor's Proposal to Increase Independence to the Voters

1,000-plus gather for 'emergency forum' about Trump immigration ban

Local mayors tell Muslim center crowd: 'Standing with you right thing to do'

Mandy Feder-Sawyer in the Portland Tribune

No-Cause Evicted? Landlords Now Have to Pay Your Relocation Costs

Portland landlords must pay relocation costs to evict tenants without cause

Police chief: 'We do not enforce federal immigration laws'

Andy Giegerich and Cathy Cheney in the Portland Business Journal

Cryptosporidium found in Bull Run water, but city says public not a risk

Erik Henriksen in the Portland Mercury

Portland Will Use Salt to Clear Roads of Snow, Starting This Week 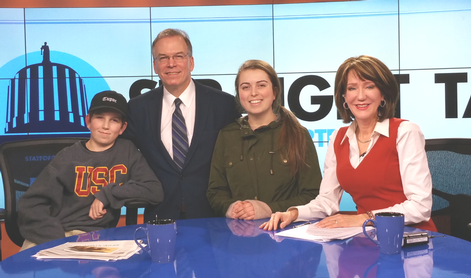 "Eloise Damrosch has been a champion for art and culture in our community for over 30 years. She has led RACC with distinction since 2004, expanding investments in public art, nurturing emerging artists and community-based arts organizations, and focusing on equity and access. She played leadership roles in the development of Work for Art, The Right Brain Initiative, and the Arts Tax.

As the City's Arts Commissioner, it has been an honor to partner with Eloise. She is a friend and colleague. I wish her well in her richly deserved retirement, and join with our community in expressing my gratitude for her stellar service to our city." 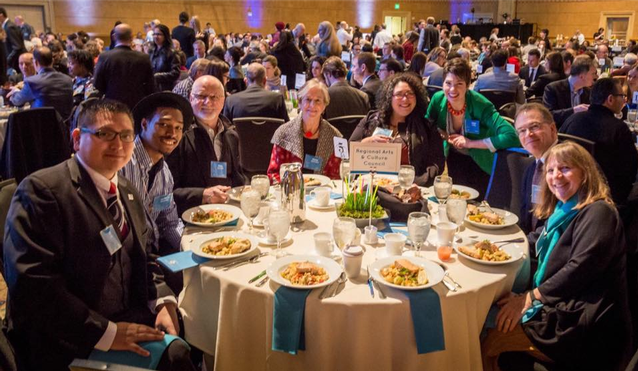