On Saturday, Senator Ron Wyden joined Nick and the community at the closing ceremony of Portland World Soccer and the celebration of World Refugee Day at Lents Park.

The 10th Annual Portland World Soccer Tournament builds community and welcomes immigrants and refugees to Portland and Oregon. Nick and Senator Wyden met with participating players and coaches and presented the tournament finalists with trophies.

Visit the PDX World Refugee Day Facebook page for more information on this and other events. 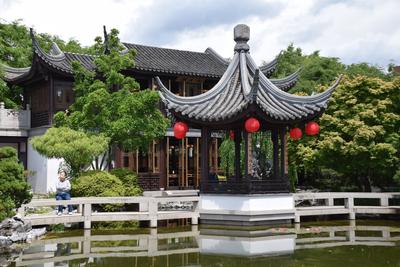 Happy Fourth of July from the Fish Team! We wish you and your family a safe and happy holiday.

Our office will be closed on Thursday, July 4 and will reopen Friday, July 5th at 8:00am.

Stephanie Basalyga in the Portland Tribune

Courtney Vaughn in the Portland Tribune

Jason Vondersmith in the Portland Tribune

News Release: Oregon Oils, Inc. Agrees to Pay the City Over $500,000 In Fines and Charges and To Upgrade Its Pollution Prevention Systems

A History of Portland Women Artists

Todd Lofgren, who currently serves as Nick’s Senior Policy Director and liaison to Parks, has accepted a new role as the bureau’s Deputy Director.

Todd has been with the Fish team for two years, serving as liaison to the bureaus in our portfolio, including Parks, the Bureau of Environmental Services, and the Portland Water Bureau.

Todd brings over 20 years of experience in public policy, management, and business and economic development for both the public sector and non-profits in the U.S. and internationally. In 2007, he joined PP&R as the Business Development Coordinator, and then served as PP&R’s Property & Business Development Manager until 2015. Todd and his family then moved to Morocco for two years, where he worked on economic development initiatives.

While Todd will be greatly missed on the Fish team, he will be an outstanding Deputy Director for the Parks bureau. We wish him well.

Tonya Booker will also be joining Parks as the new Land Stewardship Division Manager. She has a wealth of experience in education, parks and recreation, and community programs.  Tonya previously worked at Portland Community College, where she has served for more than 12 years, including most recently as the Division Dean of Continuing Education. Before her time at PCC, Tonya worked for the City of San Carlos, California in their Parks & Recreation Department.

Today, Council unanimously passed a Resolution reaffirming the right to safe and legal abortion in Portland. Every member of Council co-sponsored the Resolution, which was brought by Commissioner Hardesty.

Special thanks to Commissioner Hardesty, the National Abortion Rights Action League (NARAL), Planned Parenthood, and the many other community organizations who helped shape the Resolution, and to the City Attorney’s Office for their work on this important issue.

Blair Stenvick in the Portland Mercury