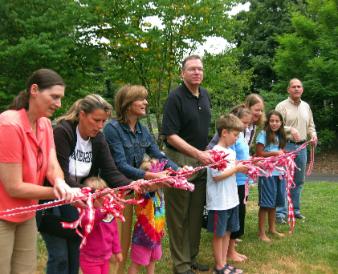 Portland's Parkrose neighborhood has historically been parks-deficient. In fact, it has been as parks-deficient as they come: until last weekend, it had not a single City park.

Commissioner Fish was honored to be involved in the last stages of this project, which has been in the works for eight years, and to open the Senn's Dairy Park and Community Garden last weekend. Senn's Dairy Park is the third facility in East Portland the Commissioner has had the pleasure of opening in recent months.

Fueled by the passion and dedication of the people of Parkrose, this park will be a wonderful community asset, providing a safe, inviting gathering place for the Parkrose community for years to come.