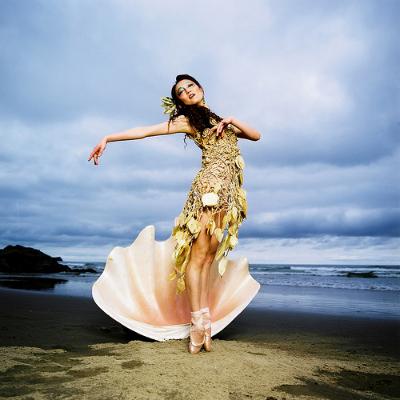 Commissioner Fish is honored to sit on the board of the Oregon Cultural Trust, which since 1999 has awarded millions of dollars in grants to support arts, humanities, and heritage statewide.

In spite of the economic hardship facing Oregonians, the Trust announced $1.45 million in grants, funding 48 projects around the state, this Monday. Chairman Norm Smith, recognizing that "the past 10 months have presented extraordinary challenges," affirmed that the Trust continues to work "the way it was intended - providing cultural funding in good times and bad."

This year's projects include historic building preservation in Corvallis, Stayton, and Astoria; Asian dance programming at Portland's White Bird dance company; exhibitions at The Museum at Warm Springs; and performing arts projects through Portland Opera and the Third Rail Repertory Company. OPB and the Oregon Shakespeare Festival each received $35,000 in grants, the largest amount awarded this year.

Many thanks to Flickr user Alicia J. Rose for the beautiful photo!