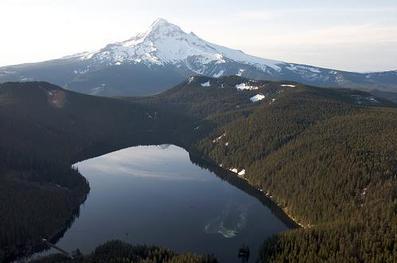 As reported by Mark Larabee in the Oregonian, the Portland City Council voted unanimously Wednesday to continue its fight against EPA-mandated treatment of the Bull Run watershed.

"The federal government insists that we solve a problem that doesn't exist and further insists that we pay for this folly," Commissioner Fish remarked during his vote following hours of testimony on the issue.

The City will continue to seek a variance exempting Portland from the EPA's blanket mandate, which directs the City to treat Bull Run water for cryptosporidium, a bacteria which hasn't been detected in the watershed for years.

Said Commissioner Fish, "we need to fight this misguided mandate in every venue."

If this effort proves unsuccessful, the Council has opted to treat the water with UV technology, a cheaper and less intrusive option than direct filtration, the other candidate.

From forest to faucet, the Portland Water Bureau delivers the best drinking water in the world - Council's action yesterday ensures that the City will fight to keep it that way.

Read the Commissioner's full statement in our 'News' section.