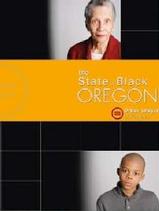 The Urban League of Portland's troubling assessment of "The State of Black Oregon" prompts Marcus Mundy, the League's president, to caution that "we are on the precipice of turning back many gains of the civil rights movement in a real way."

Particularly concerning are the statistics around African-American homeownership in the Portland area. "Although much of our housing and economic policy encourages and rewards homeownership, non-Whites still face significant barriers to enjoying its benefits," the report asserts, noting that high-cost loans, at the center of the current housing crisis, are disproportionately held by African-Americans.

To close the homeownership gap and address this inequity, the report calls on "state and community leaders [to] support...creative responses that work outside traditional routes to homeownership and wealth accumulation." These nontraditional avenues include Habitat for Humanity, Community Land Trusts, and Individual Development Accounts, offered by several groups in Portland.

As housing Commissioner, Nick is committed to reducing barriers to homeownership for all Portlanders. The new Portland Housing Bureau is charged with administering the Operation H.O.M.E. program, the City's effort to coordinate support for low-income homeownership. Operation H.O.M.E. focuses on closing the minority homeownership gap in Portland - a 2004 report showed that only 34% of African-Americans in Portland owned their home. The City's goal is to close this gap by 2015 - a goal made more urgent by the Urban League's findings.