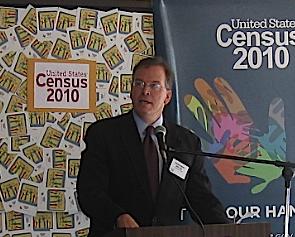 Nick co-chairs our regional Complete Count Committee with Commissioner Kafoury. The Committee is working to ensure that traditionally undercounted populations - elderly, homeless, and minority groups - are accurately represented in the Census, and to solve local barriers to participation in the Census.

At stake is over $400 billion each year in federal funds to support our roads, our parks, our schools, and programs and services for our most vulnerable citizens.

By working toward the most accurate count possible, the Complete Count Committee will help ensure that we receive our fair share of the federal pie.