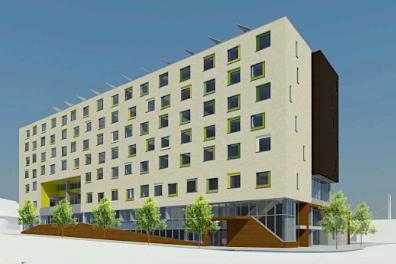 Thursday night, the Bureau of Development Services' Design Commission approved plans for the RAC, clearing the way for the project's next steps.

Commissioner Fish has been working closely with the Housing Authority of Portland and its design team for the past nine months. The collaborative process HAP led resulted in strong support from community members, engineers, service providers, architects, and representatives of the housing community, many of whom spoke at Thursday's meeting.

A cornerstone of the City's 10 Year Plan to End Homeless, the RAC will be a beautiful gateway to downtown Portland from the Broadway Bridge. Build to the highest green standards, the RAC will set a new standard for public buildings serving homeless populations.

Finalization of funding is anticipated for the third week of October, with groundbreaking expected to follow soon after.