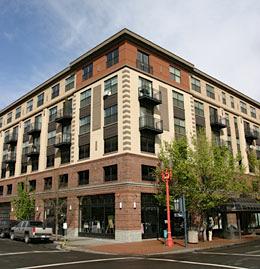 In Portland, the one such incentive is the offer of 10-year property tax breaks for qualifying developments. The incentive, known as a tax abatement, has paved the way for numerous affordable units in downtown that would not otherwise exist.

Recently, though, the abatement program has come under fire from County officials. County Assessor Randy Walruff has notified developers that the abatement they receive for commercial space in qualifying buildings will discontinue. For some, losing this abatement could cost as much as $140,328 per year.

Nick has suggested a compromise which would grandfather in projects already qualified for the abatement but put a moratorium on granting new abatements until the program can be explored further. He has also committed to working with County Chair Wheeler to look for a legislative solution.

Now, perhaps more than ever, supporting our affordable housing efforts through tools like the abatement is critically important. Says Nick, the true cost of discontinuing the program "may very well be our entire system for building affordable housing."