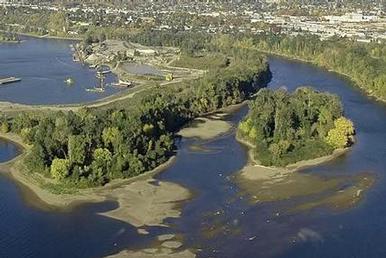 The Marine Board also voted to create a task force to explore options for a no-wake zone along the Holgate Channel. Staff was directed to facilitate the task force and bring a proposal back to the Marine Board at its next meeting, scheduled for January 2010.

The goal is to have a plan for Holgate Channel by the end of winter, with implementation beginning in May 2010 - in time for next year's boating season.

"I am pleased that the Marine Board has taken action to protect the Ross Island Lagoon," said Nick Fish, Commissioner-in-Charge of Parks. "The lagoon provides a safe place for Portlanders to experience this unique wetland habitat in the heart of our urban landscape."

An earlier proposal to create a no-wake zone for the lagoon and Holgate Channel failed by a 3-2 Marine Board vote in July. After the vote, Commissioner Fish conferred with stakeholders, elected officials, and Marine Board officials to explore options for putting the issue back on the table.

The City Council unanimously endorsed a proposal for a no-wake zone for Ross Island lagoon and Holgate Channel in March of this year. Co-petitioners of the original proposal include Willamette Riverkeeper, Urban Greenspaces Institute, and the Audubon Society of Portland.

Later, the City supported the Marine Board's staff report, which recommended that the southern half of Holgate Channel become a no-wake zone (a no-wake zone requires motorized boats to travel at a speed no greater than 5 miles per hour, with an exemption for commercial craft).

On the compromise reached by the Marine Board yesterday, Fish stated that "we are making progress in restoring Ross Island's natural habitat."

Thanks to Mike Houck for the aerial shot of Ross Island.