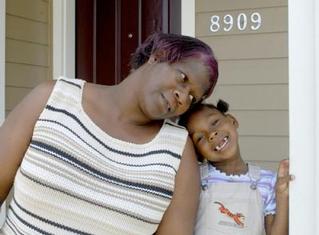 "When Columbia Villa, a troubled and dilapidated Portland public housing neighborhood originally built to house WWII shipyard workers and later ravaged by gangs and drugs, was demolished, 1,300 residents were displaced. In its place, New Columbia, a federal HOPE VI urban redevelopment project, was created as a model for progressive community building. This socio-economically mixed neighborhood has provided new homes, a school, work opportunities, store, and other amenities for about 3,000 residents. Many of the original Columbia Villa occupants have returned, but not without the tensions imposed by stereotypes of race and class. IMAGINING HOME spans five years as it follows a struggle to rebuild the soul of a community while fighting to break the cycle of poverty."