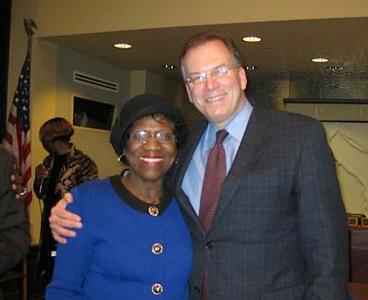 In a special evening session, the Council honored Margaret Carter this Wednesday, the 16th.

The first African American woman elected to the Oregon State House of Representatives, Senator Carter served in the State legislature for 25 years.

An inspiration and role model for young women across Oregon, Senator Carter's career was defined by a relentless fight for equality and courage in speaking out for underrepresented residents across the state.