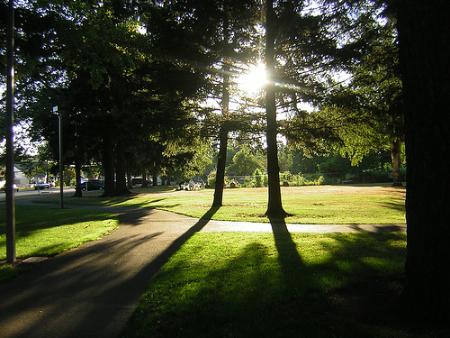 At a community meeting on Monday, December 21, Commissioner Fish and Portland Parks & Recreation Director Zari Santner announced $100,000 in City funding to develop a Master Plan for Lents Park over the next year, writes Jim Mayer on oregonlive.com.

Lents Park featured prominently in news stories this past year, as it was considered as a site for a new stadium to house the Beavers.

Following Council's decision not to move forward with that proposal, Commissioner Fish and Director Santner met with Lents neighbors to talk about their vision for the Park and announce the Master Plan decision.

Funding for the Master Plan will come from the Lents Town Center Urban Renewal Area. The Master Plan planning process will begin in late Spring of 2010, and the public is strongly encouraged to be a part of the process and make their voices heard.

Thanks to flickr user desik for the photo of Lents Park