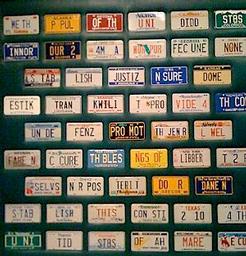 Founded in 1987, "We the People" engages schoolkids across the country in learning about the Constitution, the Bill of Rights, and the underpinnings of American democracy; the program culminates with a simulated congressional hearing in which high school students test their knowledge before a panel of civic leaders, attorneys, and teachers.

Nick was honored to judge Oregon's 2010 "We the People" district competition last Wednesday, January 13, at Lake Oswego high school. Six truly impressive groups of students will travel to Salem this Friday to compete in the state competition following wins at the district competition last week. They will represent Franklin, Lincoln, Pendleton, Junction City, Lake Oswego, and Grant high schools. For the past six years, Grant has won the state competition, and showed strongly in the national competition as well, finishing fourth last year, second in 2005, and third in 2007 and 2008.

The winner of the state competition will travel to Washington, D.C., in late April to compete for the national title.

"We the People" is co-sponsored by the Center for Civic Education and the Classroom Law Project.

Special congratulations to Franklin, advancing to the state competition for the first time.

Thanks to flickr user Christine Krizsa for the photo!