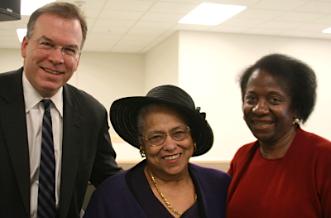 Central City Concern bought the property - the site of the old Ramada Inn - five years ago,coinciding with the launch of the City/County 10-Year Plan to End Homelessness. Five years later, we celebrate the opening of the Madrona, which will serve low-income Portlanders with 176 units of affordable housing.

The City is fortunate to have a partner like CCC to help shape our central city landscape through the acquisition and rehab of historic buildings like th Golden West and the development of new buildings like the Richard Harris. They help ensure that there is a place for everyone in our city's core.

A number of non-profit partners worked to make this project happen: Cascade AIDS Project, JOIN, Outside In, Volunteers of America, and NW Pilot Project. Wells Fargo, US Bank, OHCS, and PDC worked to help finance the project. 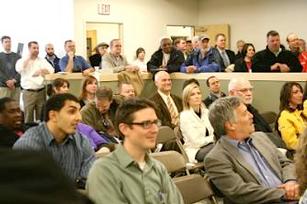 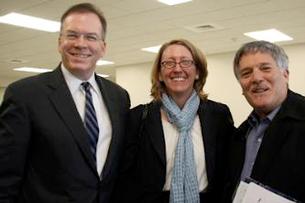